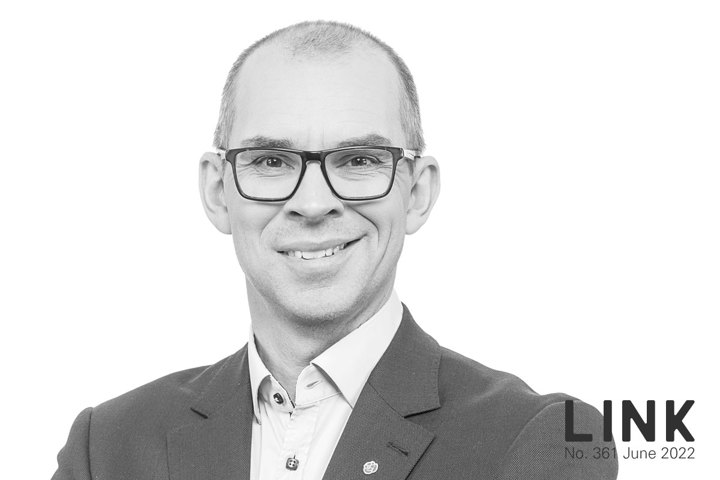 Ahead of Sweden’s General Elections: A new political landscape

With a changing political landscape and new alliances forming, casting your vote in the Swedish General Elections on 11 September might not be as straight-forward as you might think – especially if you are an expat Swede used to the traditional political blocks. And with an extremely close run between the new coalitions, votes cast by Swedes abroad can have a decisive impact on the results. “We have a new political landscape in Sweden and it’s not as easy as it was before, when you could choose between the left or right block. Current polls show that it is a very close run – every vote will count in these elections,” says Niklas Nordström, Senior Advisor at SCC patron firm Miltton Public Affairs.

On 11 September, Swedes will be going to the voting booths to decide who will be governing Sweden for the next four years. With the war breaking out in Europe, the general mood in Sweden has changed dramatically in the run up to the general elections. “If you would have asked me before the war, I would have reluctantly placed my bets on more or less the same government as today after the September elections. But now, I would say that it most likely will be the Social Democrats, with support from the Centre Party and the Left Party, that will form government,” says Niklas Nordström, Senior Advisor at Miltton Public Affairs. “However, two of the parties, the Liberals and the Greens, currently not reaching the 4% threshold to be elected to Parliament. If the Liberals pass through and make it to Parliament the table would turn in favour to the Moderates and the coalition to the right. If the Greens are elected, that will be in favour of the new Social Democratic coalition.”

Traditional issues overshadowed
“The traditional domestic issues that usually take up a lot of the debate, are now less visible. A lot of focus is now on the war, the collaboration between Sweden and Finland, and a possible Nato membership. I think this will continue being a huge part of the agenda.”

Much like the UK, Sweden has seen a sharp rise in the cost of living and an inflation reaching 7.2% in May, something that under normal circumstances would be a much bigger discussion, especially during an election year. “We could see it in the French elections where Le Pen tried to make it an issue, but we also saw that it didn’t change the presidency. It will probably be a larger issue if we look six months to a year down the road, but not dominating the elections in September.”

Accountability and strength to govern
As the former Social Democratic Mayor of Luleå and with many years in public affairs, Niklas is an experienced opinion leader within both politics and business. He believes that accountability and strength to govern will be a main issue for the voters in the elections this autumn. “My guess is that the mood among the electorate will be much about who to trust to govern Sweden during a very special time when there is turbulence and war going on. Even if it’s going to be a close election, as elections more or less always are, I think that the opposition hasn’t really found the grip on how to how to get the voters on its side.”

Few differences between the parties
Despite an ongoing political debate and quite a turbulent time in Parliament, there are very few differences between the Swedish parties, Niklas says, which can be troublesome for the voters. “But we have seen the parties changing position with each other depending on how they try to win short term gains.” On the positive side, all parties have come to a mutual understanding regarding Sweden’s security policies and agreed to put aside 2% of the GDP to build up the country’s defence. But voters wanting to see change in the healthcare system for example, will have a harder time to know who to vote for. “When it comes to crime in Sweden, it seems we have a rising problem with gang criminality and shootings. And we had the riots during the Easter holidays in six different cities. I think this will push more or less all the parties in the direction of tougher crime policies.” 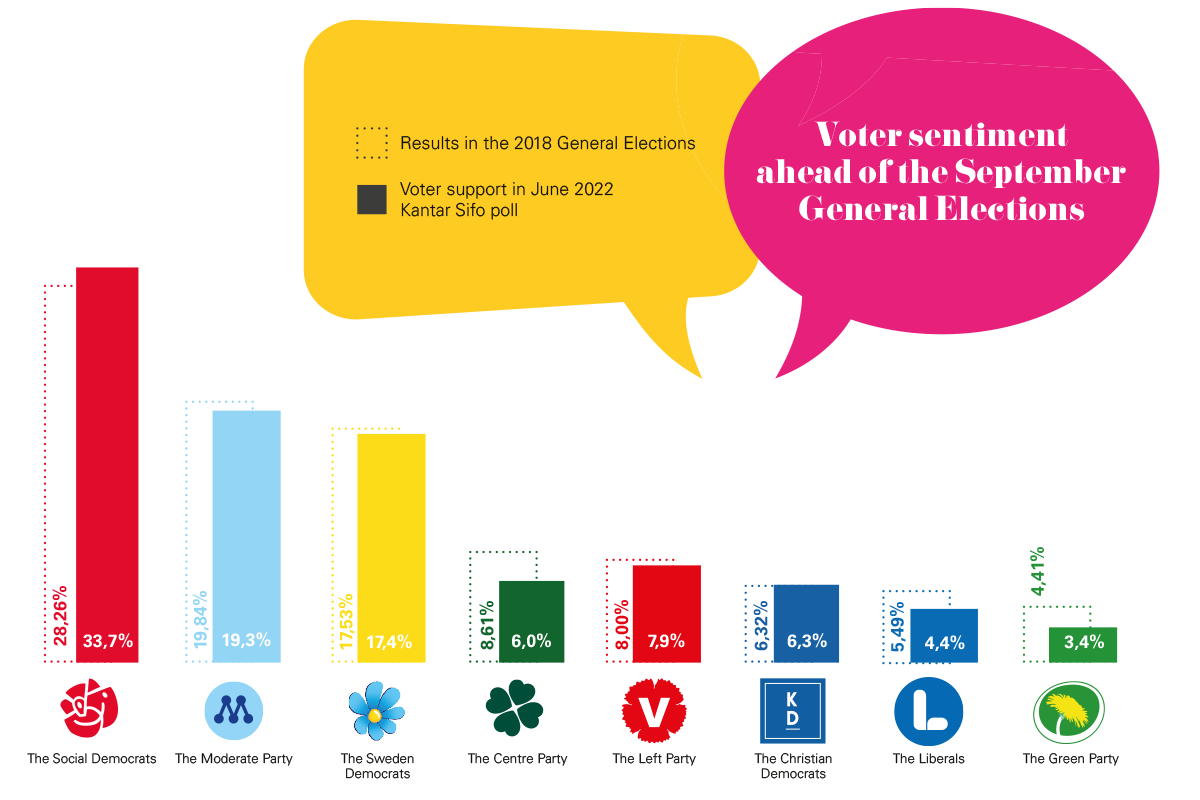 A new political landscape
The Social Democrats reigns in the government since the Green Party left in December 2021. “This is an interesting situation because you can’t get anything done with only 30% of Parliament behind you, so they need to collaborate with other parties.”

Every vote counts
Opinion polls show that there is a very thin margin in favour of the Social Democrats, with support of the Centre Party and the Left Party, which makes the votes of expat Swedes more important than ever. “Every vote will count in these elections. The results can actually depend on where people living outside of Sweden place their votes,” Niklas says. “The choice probably comes down to what kind of direction you want and what your inner compass tells you. But you have to understand that the landscape in Sweden has changed. If you are leaning to the left, then most likely the Centre Party will be part of that block. And a person leaning to the right has to take under consideration that the Sweden Democrats are included in that block. It’s not as easy as it was before, when you could choose between left or right.”