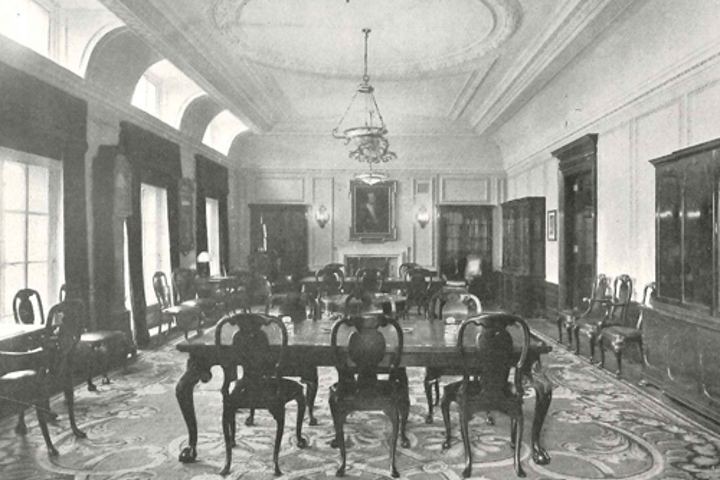 Bringing together Anglo-Swedish businesses for discussions about a Swedish exhibition, eventually led to the formation of the Swedish Chamber of Commerce for the United Kingdom in 1906.

The Certificate of Incorporation was granted by the Board of Trade and offices were hired at 136, Fenchurch Street. At the end of 1907 no less than 189 members had been elected.

During the Great War, the Swedish Chamber of Commerce played a substantial role in wartime humanitarian and social work, leading to amongst other things the founding and maintenance of the Swedish War Hospital. 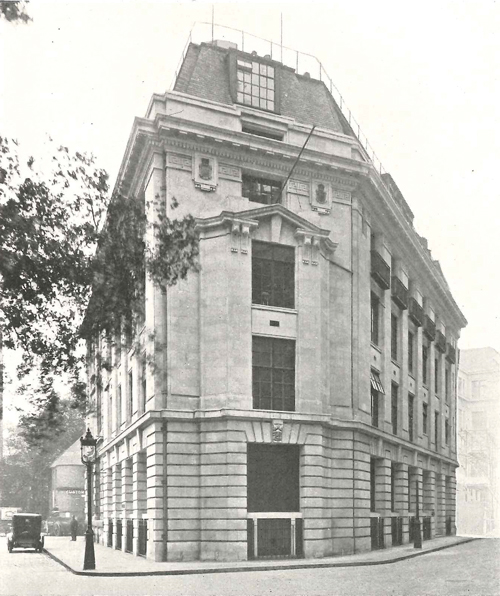 As the Chamber’s activities expanded and as a result of a growing team, architect Mr Niven proposed that the Chamber should have a building of its own, a symbol for its growing importance. He produced a plan for a building facing Trinity Square on Tower Hill. Thanks to a number of generous donors, e.g. the Gothenburg ship owner Herbert Metcalfe, A. R. Bildt of Stockholm, Dan Broström, Gunnar Carlsson, I. Kreuger of the Swedish Match Company and Members of the Council, it was possible to start the building project. The foundation stone was laid in June 1920 by Count Wrangel in the presence of Hjalmar Branting, the Swedish Prime Minister. A year later the building was completed and formally opened by His Royal Highness the Crown Prince of Sweden, later King Gustav VI Adolf. 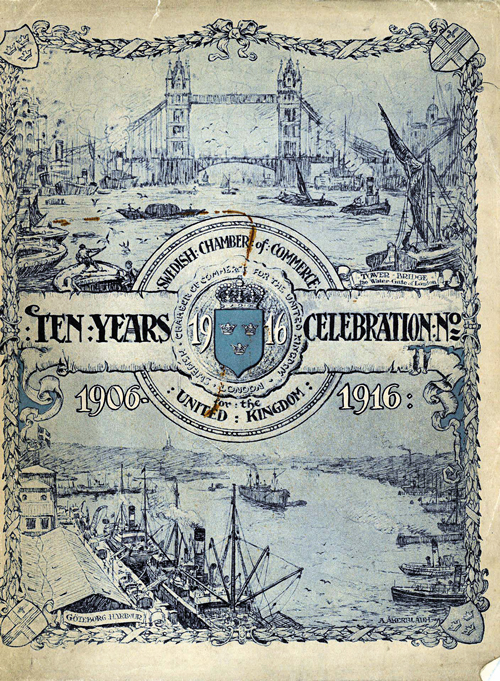 During the Second World War the day-to-day work of the Secretariat was greatly reduced as bulk trade between Sweden and the UK abruptly ceased. Furthermore, the Council had to deal with various difficulties for its Members and others caused by harsh or arbitrary application of wartime trade regulations. 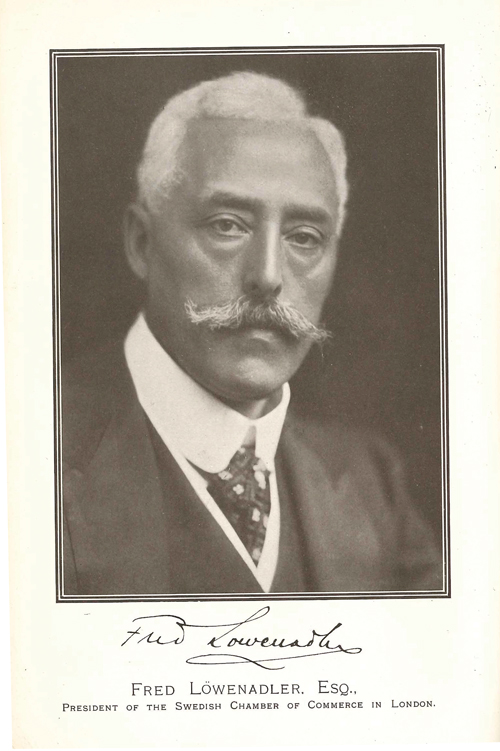 Formation of the Swedish Trade Council

In 1972, industry, commerce and government in Sweden pooled their resources and interests and formed the Swedish Trade Council. As a result, the Chamber and the Swedish Government agreed to separate trade promotion and service to two individual companies. The Chamber continued to promote Swedish export to the UK but now as a Trade Commissioner’s office. In 1978 the Chamber resolved to establish its own Secretariat and the Chamber of Commerce was fully reinstated.

Mentor to trainees and scholars

The Chamber’s important role as mentor to trainees and scholars was highlighted when the Crown Prince of Sweden, now H.M. King Carl XVI Gustaf, spent several months as a Chamber trainee in 1972. 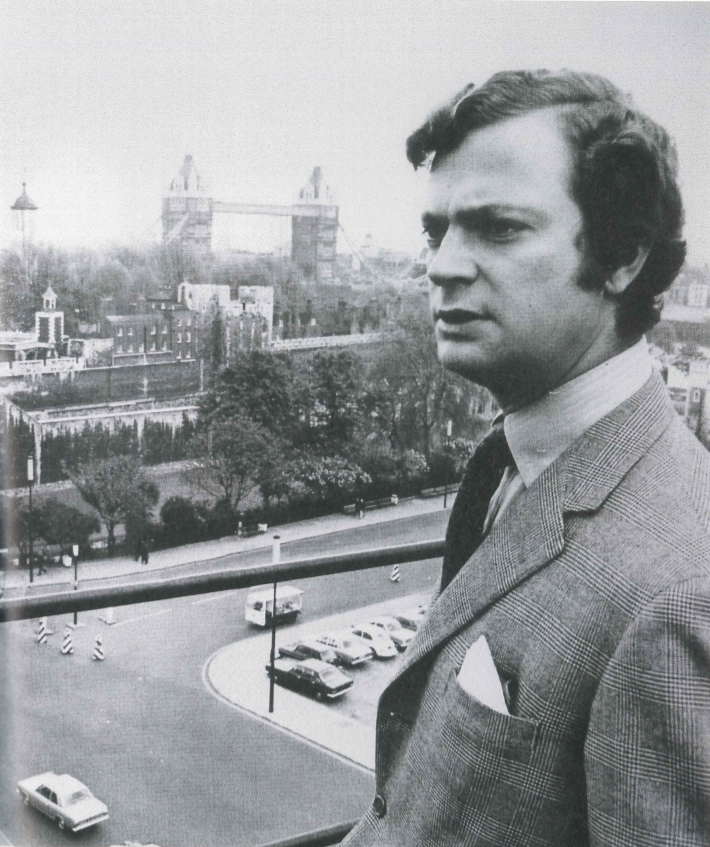 In 1979 the Chamber publishes its first LINK Magazine, following in the footsteps of the Anglo-Swedish Review, dating back to the foundation of the Chamber in the early 20th century. The LINK has since become an institution in the business community, and has a wide readership. 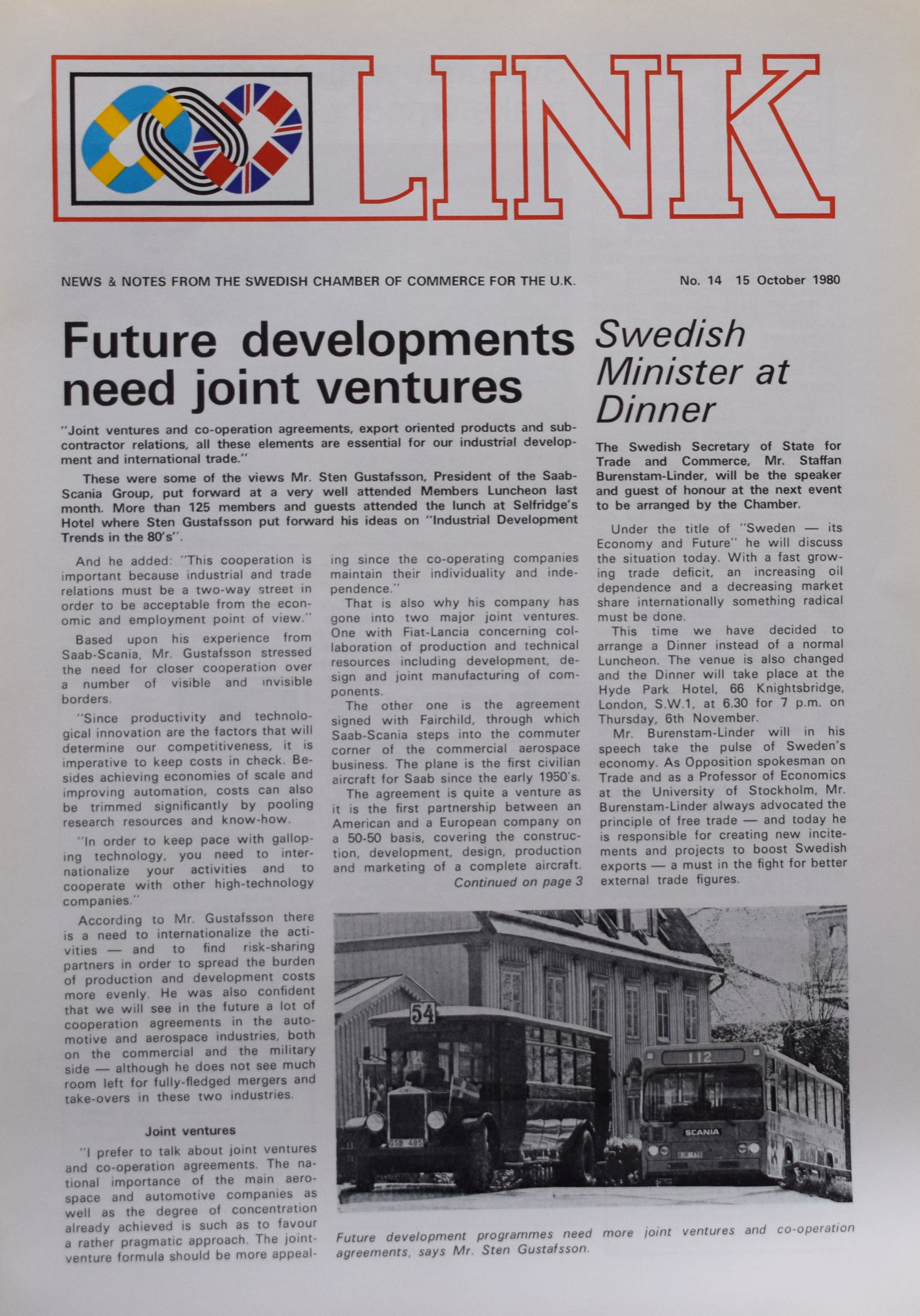 In 2006 the Chamber celebrated its centenary with a wide range of activities for the Members, including the production a jubilee book. Prominent Swedish business people were recognised at the jubilee gala. H.R.H Crown Princess Victoria of Sweden is pictured to the right, awarding Ingvar Kamprad, founder of IKEA with a lifetime achievement award. 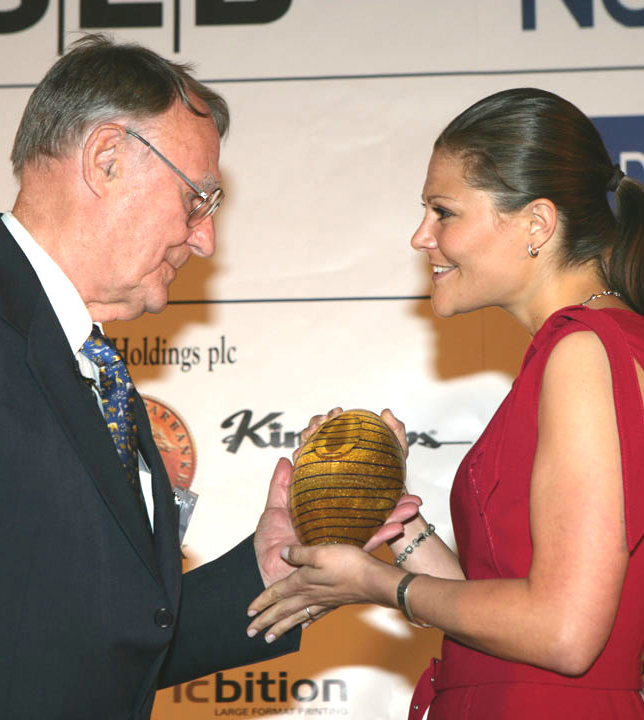 Largest Swedish Chamber in the world

Today, serving 400 Member companies, the Swedish Chamber of Commerce is the largest and oldest Swedish Chamber in the world and is one of the largest and most active foreign Chambers in the UK. We serve our members through services and activities, and bring together business – whether small or large – in the promotion of Swedish-British business.

Join us on 27 February to Meet the Swedish Press at the Royal Oak in Marylebone. In a relaxed setting, guests will have the opportunity to meet, network with and pose questions to Swedish journalists based in the UK. Sign up for the event on our website: https://t.co/f8jh9On6g5
The SCC would like to welcome Chorus as a new member of the Chamber. Chorus is a digital consultancy within healthcare, that develop digital solutions for e.g. clinics and hospitals. Welcome! Learn more: https://t.co/IP2Bk3YXV6 #SwedishChamber #SCC
In this feature Elisabet Vinberg Hearn at Katapult Partners @Katapulters and Astrid Trolle Adams at LOGOS Legal Services elaborate on the cultural nuances in leadership, negotiation and legislation in Swedish and British business environments. Article: https://t.co/7p2yLXGodn