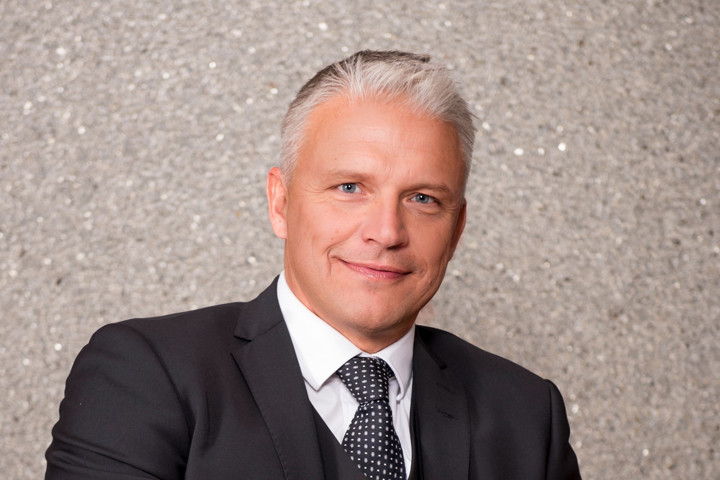 SCC patron Saab was founded in 1937 in response to Sweden’s need to keep its people and society safe. Today an international company with 17,000 employees, Saab develops innovative defence and security solutions for its global customers. The Link met with Magnus Lewis-Olsson, Head of Saab’s Europe Area operation based in London, to explore the company’s enterprising growth agenda in the United Kingdom.

For over four decades, the Swedish aerospace and defence company has provided the UK customer with a wide spectrum of products and services. Almost 1,000 businesses make up Saab’s UK supply chain, with 99 percent of these being SMEs, driving economic growth in communities across the country.

Saab’s innovative technology, such as their electronic warfare and self-protection systems, have helped keep Royal Air Force pilots safe in Harrier, Tornado and Typhoon aircrafts. The Giraffe AMB and MAMBA radars, in service with the UK, have detected threats from the ground to keep British personnel safe around the world. Whilst a training and simulation team based in Westbury provides advanced training to soldiers using a high-tech laser system, which simulates realistic battle situations.

Furthermore, an important production facility located in Southampton, Saab SeaEye, focuses on manufacturing world-renowned underwater remotely operated vehicles. These vehicles are used in environments that are dangerous to humans such as those around underwater cables, oil and gas infrastructure as well as the decommissioning of nuclear power plants.

Within civil society Saab’s security management systems are used by UK police forces and Transport for London, whilst their air traffic solutions are leading the way for the future of aviation with a digital air traffic control tower soon to become operational at London City Airport.

A favourable business climate
The UK is a natural partner country for Saab. Not only is there a productive synergy between Swedish and British ways of working, but also the British defence industry has a long and proud history. “The United Kingdom undeniably has the largest defence industry in Europe. The nation holds a distinguished international position, and it is prepared to use its military to underscore the importance of diplomatic activities around the world,” says Magnus. As a consequence, the general British attitude towards the industry is principally positive. Since the defence industry is remarkably intensive in technological development, its operations often result in beneficial spin-offs for other sectors. An example of such an application is the mobile telephone, which was directly linked to advances in radar technology.

Furthermore, the UK market offers a highly favourable environment in which to do business. First and foremost, the business environment is described as open, encouraging and overall business friendly. Magnus explains: “If a company operates and invests in the United Kingdom, it will receive the same level of business support from the government as traditional British corporations do.” Specifically, such benefits include access to funding in research and development as well as support on the highly active export market. Moreover, Magnus reiterates the significant proximity of Swedish and British business culture. “British people are great business people. They are tough and structured yet profoundly respectful, which makes it nice to operate in their environment,” says Magnus.

Investing in research and development
In recent times, Saab has engaged in major investment projects in collaboration with the academic world. Globally the company invests around 25% of its turnover in research and development. In the United Kingdom, Saab’s collaborations with Cranfield University and Imperial College London has resulted in cross-industrial research and development programmes that are co-ordinated through their Innovation Hub based in London’s White City. One of the key focus areas is radar technology which “is truly multilateral and comprises immense potential. Just as Rome was not built in a day, this project will develop gradually over time,” Magnus explains. Moreover, the innovation hub aligns perfectly with Saab’s ambition to focus on producing advanced technology in the United Kingdom. “Our ambition is to pioneer high-tech phenomena such as radar technology, artificial intelligence, digitalisation, big data and other important trends,” says Magnus.

Saab arranges similar joint efforts with academia in the Scandinavian region as well. For instance, the company bands together with Chalmers University of Technology and the Royal Institute of Technology in Sweden, as well as with Aalto Business School in Finland. Another example of a successful innovation centre operated by Saab is the one located in the United States. The American centre acts as an example of successful collaboration, playing an important role in the recently won contract to build training airplanes with Boeing for the US Airforce.

An all-embracing ambition for Saab is to increase its operational footprint on the UK market, which is feasible by either engaging in merger and acquisition or organic growth strategies. As a result, the company hopes to increase the presence of ‘Saab UK’ on the British export market. Magnus concludes: “We aim to grow substantially in the United Kingdom, which is a strategically optimal market for Saab. We are convinced that we are at the right place at the right time.”