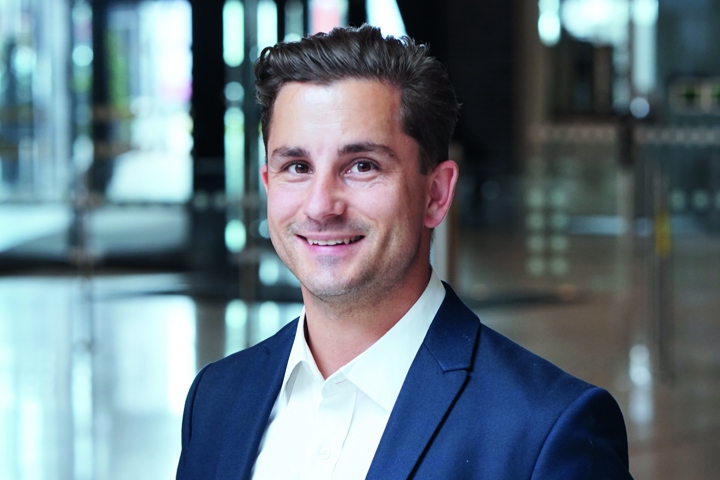 Competition for investments is fierce – not just between countries but also on a regional level. Representing virtually every region of the world, roughly 6,000 organisations work actively with international investment promotion. About 20 of these operate in Sweden. SCC member Invest in Skåne is one of them, attracting international investors to the southernmost part of Sweden. “We may be a small region but we are home to well-known businesses like Tetra Pak and several technological inventions, and I think that all these factors together make a pretty strong case when we talk to prospects,” says Martin Diamantoudis, Director of Investment Promotion at Invest in Skåne.

In the southernmost part of Sweden lies the Skåne region – home to one of northern Europe’s oldest universities (Lund), major research centres and inventions like Bluetooth. With its close proximity to the neighbouring Danish capital and the European continent, the region has its own unique identity. Among Swedes, the region is well-known, not least due to the unintelligible dialect of its inhabitants and distinctive landscape, but to non-Swedes, the region is relatively unknown. “Indeed, almost no one outside of Scandinavia has even heard of Skåne,” Martin Diamantoudis, Director of Investment Promotion at Invest in Skåne, says. “If we want to convince someone to invest in our region it’s absolutely crucial that we can explain the strengths of the region. And it’s not enough saying that your region is good at e.g. tech. So are pretty much all the metropolitan areas that we compete with. It’s necessary to be able to explain in detail what the investment opportunities for foreign companies are and where they are located, what ongoing projects there are in the region and what phase they are in, and this is what our business developers are working with.”

Ensuring long-term economic growth
At the department for Investment Promotion, Invest in Skåne works with developing investment opportunities and product development. “Our vision is to create high-quality and productive jobs, with a high level of innovation, that will ensure long-term economic growth in the region. We do this by looking at what industries we have in the region, which of these are strong from an FDI perspective and competitive from a global perspective,” Martin says. A large portion of the job is also spent working with investment attraction, that is, to increase the visibility and awareness of Sweden and the opportunities for companies in the region. “Our target group is primarily large, international, foreign-owned companies – most of which are not yet operating in Skåne – and who are looking to expand and open new businesses in other parts of the world.”

High level of innovation and advantageous physical location
Martin highlights life science, smart cities, tech, advanced materials and manufacturing and food as strong sectors of the Skåne region. “Life science has a strong tradition in the region, with the Skåne-Copenhagen region together forming ‘Medicon Valley’, where approximately 40,000 people are working in the private life science sector. Regarding tech, the region is known for being prominent in 5G, Emobility, AI, sensors and gaming, and when it comes to advanced materials and manufacturing, we have ESS and MAX IV – two worldleading research facilities which also complement each other in a very good way.”

What attracts foreign investors to the Skåne region is the high level of innovation and the talent pool that is present in the region due to our universities and the research that is conducted there. “Sweden is known for having a high degree of innovation. For instance, it was named the second most innovative country in 2020, and there are reports emphasising the importance for businesses to operate in innovative environments. It’s also our physical location and infrastructure, with Scandinavia’s biggest airport a mere 20 minutes away, six large ports and the possibility to reach a large number of consumers in just a few hours drive.”

Martin also believes that the legacy of the region plays a part. “We may be a small region but we are home to well-known businesses like Tetra Pak and more recently Oatly, and several technological inventions, and I think that all these factors together make a pretty strong case when we talk to prospects.”

Focus on quality – not quantity
Competition for investments is fierce, with many countries spending a lot of resources to attract foreign investors and to ensure growth. “Sweden is a relatively small player in this context. We do not invest as much time and money as many other countries and regions do, but we have a pretty strong reputation and what works for us is simply focusing on the areas we know and presenting a strong case with credible arguments substantiated with facts and data.

While the competition for investments has toughened on the international level, domestically it has rather taken the opposite direction. “In my experience, competition between different Swedish regions has decreased over the last few years. It used to be quite protectionistic but these days everyone is talking about open innovation and the importance of working together. This is partially due to the regions having become more aware of their own, as well as other regions’, selling points, and better at promoting these”, Martin says.

Another reason behind the increasing national cooperation may be that competition has intensified internationally. Martin points out that international competition is simply too fierce to promote yourself as second-best. “If a prospect inquires about something we know another Swedish region are experts at, we will tell the client this. It is our mission to attract long-term and sustainable investments to the Skåne region. Therefore, it’s absolutely crucial that our clients will feel at home in the region and can see themselves grow here. This wouldn’t be the case if regions instead just tried to win as many investments as possible without considering what’s best for the client. We also have enough leads and opportunities to keep ourselves busy.”

Progress despite the pandemic
The pandemic has been a challenge and meant great uncertainty to many businesses. However, Martin explains that the sectors that mainly attract investments to the Skåne region are not among the sectors which have been hit hard by the pandemic. “Areas like Life Science, pharmaceuticals and our ageing populations have rather become more interesting to investors, and tech areas such as connectivity have also gained momentum due to the pandemic.”

“Generally speaking, we have been affected less than we thought we would be. Projects and events have been postponed or paused rather than cancelled. Normally, we attend between 40-60 international events per year, some of which have instead been held digitally during the pandemic. This has worked surprisingly well, but making yourself heard and getting your message across has definitely been a challenge, not least due to the abundance of webinars. The global meeting places normally work very well for us. Few people pass by Malmö so it’s much easier for us to meet with prospects e.g. at a convention in London. We’ve had to shift our focus on reaching prospects by other means, e.g. through our many partners in and outside of Sweden.”

Looking beyond the pandemic
Martin expects at least the first half of 2021 to look pretty much the way 2020 did. With meetings and conferences held digitally, his team has got a couple of new tools to reach clients more efficiently. “We are also involved in the recently approved EU-Interreg project ‘Greater Copenhagen Green Deal’, aiming to contribute to developing new solutions for green growth by creating strategic collaborations between companies, academia, the public sector, and other relevant players in Greater Copenhagen. There are many interesting things happening within the gaming industry as well. Massive Entertainment’s new Star Wars-project has once again put Malmö on the map. In addition several other large projects are being explored and discussed. At Invest in Skåne, we are proud to work with and be part of these exciting projects.”

In late 2021, Malmö will be hosting TechConnect which is one of the largest tech conferences in the U.S. The conference is designed to connect research and early-stage technologies from universities, labs and startups with industry and investors, end-users and prospectors. It will be the first time the conference is held outside of the US, so we are very excited about that.”