In late-August 2021, H.E. Mikaela Kumlin Granit assumed office as the new Swedish Ambassador to the UK. A few months into her duties, The Link met with the Ambassador to discuss her career journey, passion for European affairs and why moving to the UK felt a bit like coming home.

“I have been working with international relations for a very long time,” Mikaela says. “I joined the Swedish Ministry for Foreign Affairs in the mid-90s. This was when Sweden was preparing for the referendum on the accession to the EU, and at this point I became very much involved in European affairs.”

Being part of the European adventure

Europe has always been an important theme in Mikaela’s career, in one way or another, and is also one of the reasons she joined the Ministry for Foreign Affairs in the first place. “I was young during a time when the Berlin Wall fell, in the late 80s. I’m also part of the generation that went railing all around Europe with one of those Interrail passes. I think that being part of this European adventure, was extremely important for me.”

After a few years working with her European counterparts, Mikaela wanted to broaden her perspectives and see the rest of the world. During this time, she was posted at the embassies in Zimbabwe and later in Washington. “When I came back to Sweden, I went back to European affairs, and worked in the Prime Minister’s office in the run up to the latest Swedish EU presidency,” she recalls. “And this was before the Lisbon Treaty, which means that Sweden had quite a substantial role in leading the EU at the time.”

After spending a couple of years in Brussels working with the first permanent president of the European Council to help build up the cabinet, Mikaela headed the department of European Affairs at the Swedish Ministry of Foreign Affairs in Stockholm. Subsequently, she was appointed Sweden’s Ambassador to Austria and Slovakia, based in Vienna. “Back then, I wore two hats, as I also was the permanent representative to the United Nations in Vienna. I spent most of my time during these three years as Chair of the IAEA Board of Governors dealing with non-proliferation issues and more specifically the Iran file.”

It is fair to say that Mikaela’s career leading up to her current role as the Swedish Ambassador to the UK has been diverse and eventful. “I’ve done so many different things. In a way, I feel that I’m now coming back to doing European affairs, but from a different perspective.”

According to Mikaela, the new relationship between the EU and the UK makes it a very interesting time in European history and politics. “I think there is a lot of respect for the UK’s choice to leave the EU, but the negotiations phase might have stirred up some bad atmospherics, which hopefully is only temporary. I see a strong will from both Sweden and the UK to continue building upon our relationship in this new reality.”

Part of building this new relationship is to create new venues and contexts for collaboration. “Before Brexit, we met naturally and frequently in Brussels. Now, we need to work on these contacts in a different way and see to that we meet in other ways, and more often.”

The UK – an important neighbour to Sweden

The relationship between the UK and Sweden goes back hundreds of years, encompassing not only trade but also friendship and cultural ties. “The UK is such an important neighbour to Sweden – we have extremely close ties. We are close both culturally and geographically, and we have a lot of strategic interests in common because of the vicinity between our two countries. This is especially clear at a moment when we are experiencing such tensions in regard to the Russian build-up by Ukraine and given the close collaboration between Sweden and the UK on defence and security,” Mikaela says. She also highlights the over 100,000 Swedes living in the UK, as well as the presence of the Swedish Church and Swedish schools in the country, as some of the many factors tying our nations together. “This makes it such a natural neighbour-relationship in a way.”

Looking ahead, Mikaela believes there are plenty of opportunities for collaboration in business and trade between Sweden and the UK. “The sky is the limit,” she says and mentions life sciences, innovation and greentech as some of the exciting areas to look out for. “I have been really impressed with the prospects of what Swedish businesses can deliver in these fields.” And with COP26 and the Swedish Pavilion with some of the most well-known companies showcasing innovative solutions for the green transition fresh in mind, Mikaela mentions Vattenfall as an example of the many Swedish businesses that are being recognised for their green efforts in the UK.

On a personal level, Mikaela now looks forward to experiencing what the UK has to offer. “I love nature and gardening, so I look forward to travelling along the coastline, to see England, Wales, Scotland and Northern Ireland, and to seeing all these beautiful gardens.” She is also looking to immerse herself in British culture. “I was brought up with British pop culture and the British sense of humour through Monty Python. And with all the British literature that I have been reading through, it is very close to heart. Having the possibility to live here in the United Kingdom is fantastic, I must say. It feels like coming home.”

More from the February issue of the Link 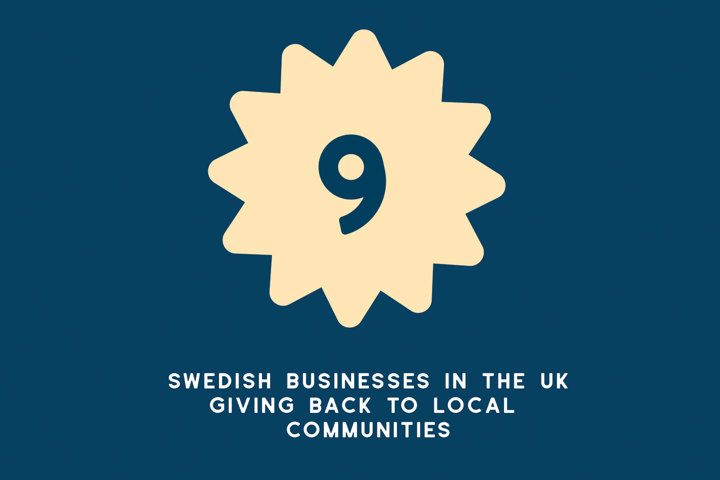 9 Swedish businesses in the UK giving back to local communities 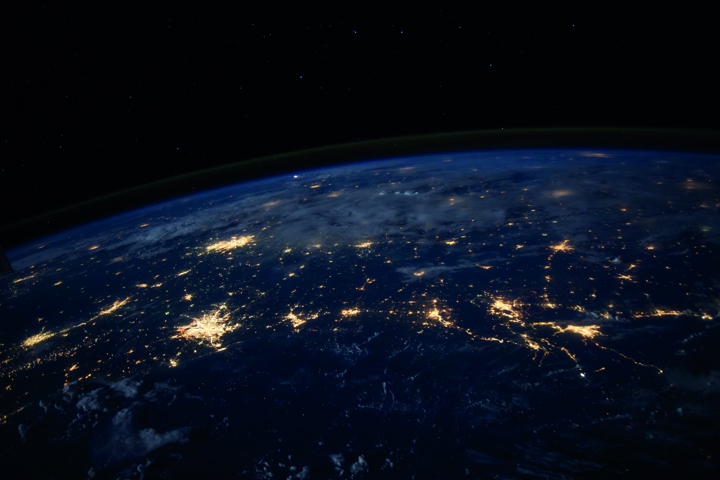 The Economist forsees: The World in 2022

Read more
Keep in touch on social
The Swedish-British relationship is one of friendship and trade and has gone from strength to strength over the last few decades, SCC Chief Executive Peter Sandberg writes in today's City AM https://t.co/3BY3hfmBdb
Today, SCC Chief Executive Peter Sandberg spoke to @EFNTV about the UK market - its current state, upcoming opportunities and the place of Swedish businesses. Find the full interview: https://t.co/LeDhn1dHYx
Today, @JanOlsson , CEO of the #Nordics, @DeutscheBank and Chairman of the SCC, spoke at @AreBusiness2022 , covering the topic of #global #geopolitics and its effect on the future financial market: https://t.co/FWfQ6gvjtb
Join our mailing list