Scandinavian Airlines (SAS) is the national flag carrier of Scandinavia. In the past year the airline has transported more than 25 million passengers.

SAS offers more than 60 direct flights a week from the UK and Ireland to Sweden. SAS operates from London Heathrow to Gothenburg and Stockholm, with excellent onward connections within Sweden. SAS flies direct from Edinburgh (seasonal) and Manchester to Stockholm.

SAS offers a combination of Business, Economy Extra and Economy Class products on its European routes. In addition to this three-class service, SAS also offers a unique one-way fare structure, giving the traveller choice and flexibility that no other airline offers. SAS' one-way fare structure gives customers the flexibility to combine fares and the choice of combining airports.

SAS is a founding member of the Star Alliance, the first and largest airline alliance with 21 world-class members serving over 950 airports in 162 countries, with access to more than 790 lounges around the world. In addition, many of the member airlines' flights have coordinated schedules which mean a smooth change from one flight to another. So, wherever you are flying in the world, and however complicated your itinerary, the Star Alliance network will make it easier. 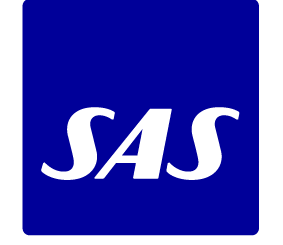 Back to Patrons
Keep in touch on social
"This is the worst recession in 300 years. The inflation and unemployment are on the rise” - Peter Sandberg, MD at #SCC. Despite the challenges, analysts say there's a pent up demand that will help the economy take off as a new 20's dawns. #SvD https://t.co/Le45Vcsyu4
Peter Sandberg, Managing Director of the #SCC, guested P1-morgon on Swedish radio yesterday where he discussed how Swedish companies in the UK are affected by Brexit. Listen to the episode here: https://t.co/T38U7v3o8v #Brexit #Sweden #UK #Business #Trade
With more than 25 speakers and 300+ delegates, this year's Swedish-British Summit: Outer Thinking served exciting conversations & take-aways on topics such as 21st century leadership, climate change & global trade. Watch the full programme here: https://t.co/LZErKTBujP
Join our mailing list