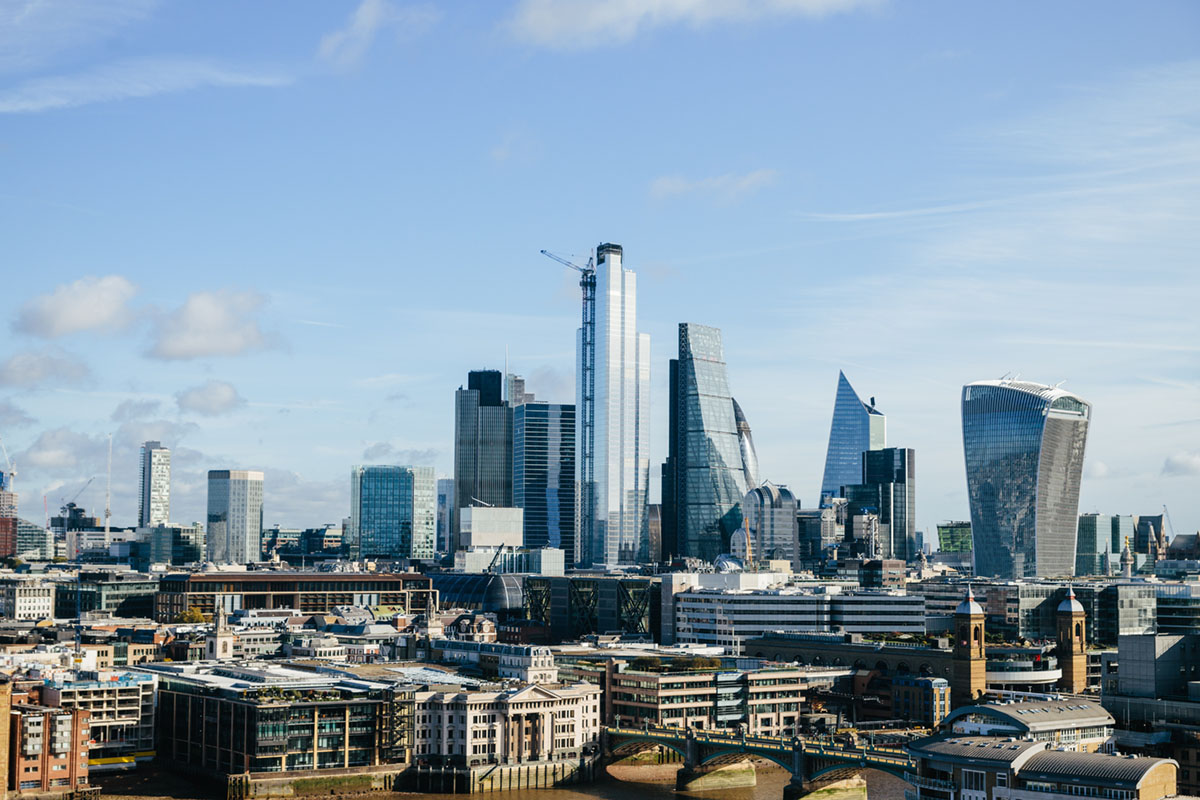 Despite uncertainty about regulations, increased costs and administration that followed the UK's withdrawal from the EU, Swedish financial services companies are optimistic about their future in London. Almost 95% of financial services companies with a Swedish connection believe that the City will continue offering significant opportunities in the future, according to a recent survey by the Swedish Chamber of Commerce for the UK. "As one of the world's largest economies and leading financial centres, businesses have a long-term commitment to their presence in London," says Jan Olsson, Chairman of the Swedish Chamber of Commerce for the UK.

When the UK left the European Union, the financial industry was not covered by the trade agreement which came into force in January 2021. The Swedish Chamber of Commerce for the UK surveyed some of the largest Swedish businesses in the City, including investment companies, the major Nordic banks, and fintech firms, about London's role as a leading financial centre after Brexit and how they view their future in the City.

Uncertainty about regulations
Almost half of the companies surveyed have been affected by the UK's withdrawal to a high, or a very high degree. 85% say that the withdrawal has created uncertainty about regulation and two thirds say it has affected the mobility of legal entities. Almost 40% say that it has affected the companies' ability to attract and retain talent.

The fact that the financial sector was excluded from the agreement has affected more than half of the companies surveyed. One of the challenges described is the regulation for passporting in cross-border activities. Relying on temporary permits does, for some companies, mean that they need to consider alternatives to UK banking licenses for when the temporary permits expire.

“We are not surprised by the companies' descriptions of how they have been affected by the withdrawal. The total financial sector in the UK handles assets worth £9.9 trillion, and the fact that the sector was completely excluded from the trade agreement between the UK and the EU naturally creates concern," says Jan Olsson, Chairman of the Swedish Chamber of Commerce for the UK.

Long-term strategy
Some businesses testify that an expansion in the UK has been put on hold due to the withdrawal, and that they are turning their attention to the EU instead. The fact that it is now subject to local supervisory authorities has in some cases meant that investments have been re-prioritized, and that expansion plans in the country have been postponed. However, a clear majority, 63%, say that Britain's withdrawal from the EU has not affected their strategies in The City at all. “Even if investments have been put on hold or postponed, the results still indicate that the uncertainty is seen as temporary. It is gratifying that most businesses have a long-term strategy in London, ”says Jan.

Investing in the future
One of the industry's fears after Brexit has been that jobs would move from London to another financial centre within the EU. Half of those surveyed say they have not seen any transfer of jobs from London to the EU at all. A quarter say they have seen up to 25% of jobs relocated from London, while a fifth have seen less than 5%.

More than half, 56%, say they will be hiring more staff for their UK operations in 2021, while a smaller proportion have postponed their recruitment until 2022. A fifth each will either hire for their EU offices, or not hire at all. "The fact that jobs have to some extent been transferred to an EU country is confirmed by the results, but for many, this shift has been a necessity for maintaining operations within the EU. The fact that such a large proportion of companies choose to continue employing in the UK shows that many look beyond the current situation and invest in the future,” says Jan.

Barriers - but also opportunities
Among the barriers to continued success in the UK is the prevailing uncertainty about future regulations. If these become too burdensome, one of the respondents states that it may affect future investments. Another says that dual licenses and organisations will in the long run be costly and that they are now looking at optimising company structures.

Despite the challenges, the surveyed businesses are looking at their presence in the UK in the longer term. An absolute majority, close to 95%, see a clear future in London for their companies, because "there will always be an England", as one of the respondents puts it. "London alone has a greater flow of venture capital than the EU as a whole," says one of the businesses, while another says that the UK is one of the world's leading economies with a significant talent pool, which means substantial opportunities in the future. "It is difficult to ignore the UK's position in the world market and London's importance as an international hub for finance companies. Despite Brexit and the ensuing challenges, the UK will maintain its position as a world-leading financial centre," says Jan.

Back to News and Insights
Keep in touch on social
"The pandemic might have been beneficial for the government, as it blurs the borders between the effects of #COVID and the ones of #Brexit” says Peter Sandberg, SCC Chief Executive, to @dagensindustri: https://t.co/CDIbqyazjF
Young professionals, kick off the Christmas celebrations by joining us for the Annual Christmas Dinner on 10 December. Right now, we are happy to offer great benefits from signing up to join us this evening. Read more and sign up here: https://t.co/sAfJPCHs3E
Are you ready to kick-start your international career? The SCC is proud to announce a record five #scholarships available for a new cohort of #young #talents in 2022/23. Learn more about qualifications and how to apply: https://t.co/gIkJm5JEVh
Join our mailing list