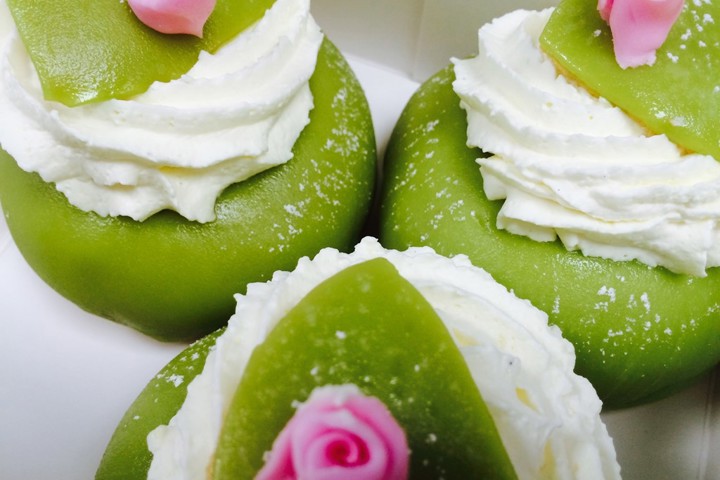 It is THAT time of year again, Members and friends: the time when the hunt for the PERFECT 'Semla' (Cream Bun) begins. Swedes, don't let the fact that you are miles away from Swedish shores deter you. Brits, this is YOUR chance to experience something truly Swedish. To make YOUR life easier, the Secretariat of the Swedish Chamber decided to test some of what was on offer (it was a tough job - but someone had to do it).

For the Swedish, Shrove Tuesday is celebrated with a Lenten bun (or four..) or a “Semla” in Swedish. A much-celebrated tradition that over recent years has seen new versions of Semlas with makeovers spreading through social media and local newspapers. (Anyone for A Matcha Semla or a Bacon Semla?)  Traditionalist or innovator, Swedes cannot go without a Semla around this time of year and London does not disappoint as the selection is widespread. The Swedish Chamber took upon itself the onerous task of trying some of London’s finest - and hopefully found Semlas to suit all tastebuds.

The Skinny on the Semla
If the whole concept of the Lenten bun is new to you, here is what you need to know. A traditional Semla consists of a cardamom wheat bun, similar to the one in a cinnamon bun. The bun is then filled with whipped cream, almond paste made from sugar and ground almonds, and the final touch is a dusting of powdered sugar. There are many views on how to best eat it and all are probably acceptable, but let's just say that if you don't eat the lid first - you are doing it wrong.

The highly Scientific and Very Important Test
The following test was carried out by a highly objective and very experienced panel. Or as we like to call it: The Secretariat.

FOR THOSE LIVING BY THE MOTTO 'MORE IS MORE'
Bageriet, 24 Rose St, London, WC2E9EA

Bageriet's Semlas are of the larger kind (Well played!) with a homely feel to them. The Secretariat was particularly excited with the almond paste, clearly homemade with an almost roasted taste to the almonds and a nice texture to it. The bun is rustic with a nice taste of cardamom and left us feeling very satisfied. If you go to Bageriet, the Semla can also be served as a "Hot Wall" or "Hetvägg" to those of Swedish persuasion (meaning the Semla will be served in a bowl of hot milk).

The traditional Semla at Scandikitchen did not disappoint! The bun was light and fluffy in consistency and the almond paste seemed mixed with a bit of custard. The light taste of custard brought back childhood memories for some among the Secretariat. This Semla is the perfect choice for those with a skepticism towards marzipan. We found that those among us that chose this as their favourite coincided with the same people who generally steer clear of the marzipan pieces in boxes of chocolates (which coincidentally we are also experts on). All in all - this is a more-ish Semla that ticks all the boxes.

A classic cardamom bun BUT with a hearty filling of whipped cream, vanilla custard, raspberry sauce, almond paste and finished off with a green marzipan coating, making the experience all the more indulgent. This Semla takes what is best with a Semla and what is best with the traditional Swedish "Princess Cake" and combines the two. The Scandikitchen Princess cake style Semla evoked mixed emotions among the Secretariat. While some thought it was THE MOST GENIUS THING EVER, others were lamenting the traditional feel of what makes a Semla a...er..Semla. It is however the PERFECT excuse to have birthday cake-like treats on a regular day in the office. Overall we would definitely like to welcome this newcomer back for years to come. If not for the taste then for all the likes we received on Instagram. Boom!

Swedish bakery Fabrique delivers a Semla with a melt-in-your-mouth soft bun and a bright cardamom flavour. The almond paste was mild and texture-wise delivered a good combination of creamy and grainy. The cream was quite firm and held its piped shape nicely. Just like the Semlas from Bageriet, these we’re of the larger kind (Yes!) and this appealed to several people in the office, who voted this to be their favourite. They might say that size doesn't matter, but this, we see, is most certainly not the case among the Secretariat.

In conclusion
The opinions in the office were widespread and made the selection of an OVERALL winner impossible. Thankfully, even with the cross section that we were able to test, it is safe to say that there are enough types of Semlas in London to suit all. London is hereby proving to be quite the Mekka for the Semla aficionado and anyone on a quest to find the perfect type will not be disappointed no matter what their preferences may be.

Aquavit will feature a dessert with the tastes of Semlas throughout February. St James's Market 1 Carlton Street, London SW1Y 4QQ

Some final advice, if you want to make sure the Semlas have not run out, make sure to call ahead as they are highly coveted! (And there are some 100,000 Swedes in London... #justsayin.)