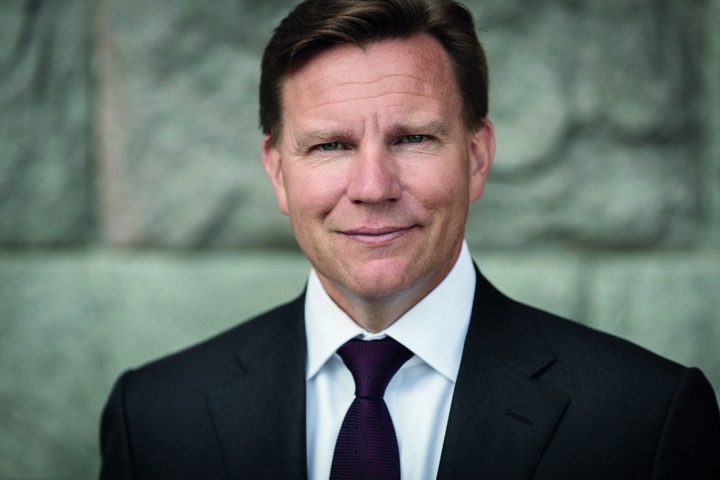 Forecasting the future of finance

In the last couple of years, one unforeseen event has followed the other, each one taking a turn on the global financial stability. Some events have struck on a worldwide level, such as the climate crisis and the pandemic, others on a more regional one, such as Brexit and the current conflict in Ukraine. The Link spoke to Jens Magnusson, Chief Economist at SCC patron SEB, about the state of the global market and how businesses should act in the most unpredictable of times.

“From a financial point of view, the most important events globally in the last few years have been the pandemic and now the war in Ukraine. These events have caused disruptions in supply chains, massive increases in energy prices, lower growth, and higher inflation.” Jens Magnusson summarises, and adds: “In the case of Britain, one must also mention Brexit, which has made these problems even worse, by adding hesitation among investors, labour shortages and a more negative growth development during Covid than most comparable countries. “

Both Sweden and the UK were struck severely by COVID-19, though each country decided to handle the pandemic in quite different ways. While the UK government decided to shut down significant parts of the country, Sweden to a larger degree remained open. Jens says that the lockdowns imposed in the UK had a distinct effect on the British economy, increasing further with the aftermath of Brexit. “Both the British and Swedish economies and business were negatively affected by the pandemic, as demand and financial markets took a hit initially, and then, when markets and demand had recovered, the supply side and global value chains were severely damaged. Business, especially in the service sector, also suffered from not being able to keep shops, restaurants, and workplaces open.” He says and continues: “On top of that, labour supply was limited due to sick leave, restrictions, and precautionary measures. If you compare the British situation to the Swedish, the British was significantly worse. The difference in outcome is probably due both to the UK being hit harder by the pandemic and imposing harder lockdowns, while dealing with Brexit simultaneously.”

A changing world order
Some would say that the escalation of events in Europe has made matters even more pressing. The Russian invasion of Ukraine equals a drastic change in the global security situation – creating instability on stock markets and a pressure to handle rising prices on natural resources. This new reality has led to economists revising their GDP forecasts for the global economy, with the outlook for the European area being adjusted significantly downward.

According to Jens, the effects of the conflict are likely to be both multi-dimensional and long-term, not least with Europe looking for ways to decrease its business with Russia. “The security situation has probably changed forever, or at least for the foreseeable future, with Russia not being considered a trusted trading partner or member of the global community for a very long time. Some concrete effects will be that Europe will try to decrease its dependency on Russian oil and gas as quickly as possible, and in the meantime, energy prices will remain elevated. But there are also several other natural resources, commodities, food, fertilizer, and grain that will have to come from somewhere else in the future. Therefore, it will take some time for markets to reach a new stable equilibrium.”

Even if things such as fiscal policy support, investment in defence, and increased consumption as a result of the growing refugee flows were to have a positive effect on the European economies, these alone are not enough to stop the downward revisions of economic forecasts.

Moving forward, looking back
With Europe being put under pressure by the war, the pandemic, and the climate crisis simultaneously, it finds itself in a unique situation. But Jens can still think of ways to draw learnings from the past. “All times and events are unique, and you can’t copy yesterday’s solutions on today’s problems. Having said that, it is important to draw on our experiences, failures, and achievements of the past.” He says and continues: “For example, today’s energy situation reminds us of the oil crisis in the 1970’s and from that we have learned not to ignore inflation impulses. From the global financial crisis in 2008, we learned not to tighten fiscal and monetary policy too much nor too fast after the acute phase of the crisis had passed. So yes, there are learnings from the past, but we must also do some serious problem solving on our own.”

Jens’ advice to business leaders is to keep as calm as possible, even when the market is shaky. Because after the storm, most of the demands will return and so will consumption and purchase power. “My advice would be to try to stay balanced. The situation and the news from Ukraine are of course extremely disturbing and as a business owner you will have to be prepared that the situation could get even worse. But there will come a day when the situation stabilises, and markets and societies return to normality. When that happens, there will still be a demand for goods and services and the long-term trends, such as digitization, the global climate transformation, ageing populations, will still be there and create business opportunities. “

Jens says that Sweden and the UK have proven themselves very agile, something that will come to great use when the time comes to switch back. “Businesses in both Sweden and the UK have shown great ability to adapt to new circumstances and to overcome difficulties during the pandemic. That tells me that, even with the state of the world looking very dark right now, there will be plenty of opportunities in the future.“