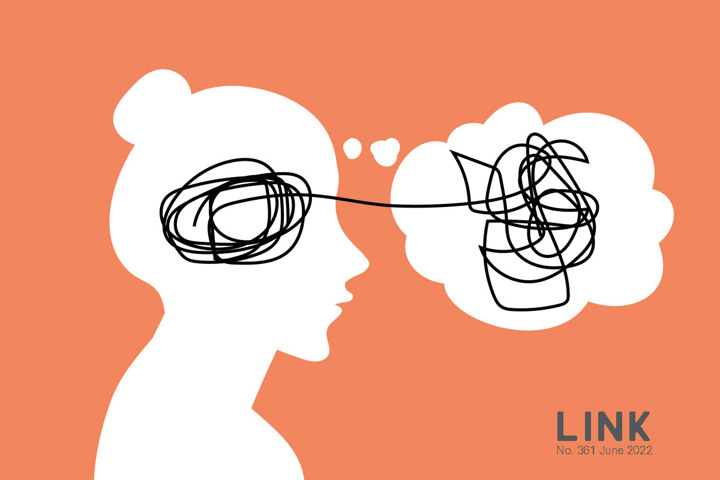 Talking to someone about how you feel could be the first step in breaking an unhealthy work-cycle. However, many people are unwilling to admit their limitations to themselves, even more so to another person. The Link spoke to Monica Mason, Psychodynamic Counsellor and Psychotherapist at SCC member firm West London Psychodynamic Psychotherapy and Counselling, about the importance of breaking bad habits and how to discover them before it’s too late.

With over 20 years’ experience working as a psychotherapist, Monica has gained expert knowledge in a large range of issues including anxiety, depression, stress, and work-related issues. She is currently running her own in-depth therapy clinic, located in a group practice in South Kensington in western London.

Lockdown’s impact on work-life balance
The WHO estimates that the COVID-19 pandemic led to a 28% increase in cases of major depressive disorder in 2020 alone, and a 26% increase in cases of anxiety disorders worldwide. In the UK, many spent a large portion of the year in lockdown, and were forced to work from home, something that continued in parts of 2021.

“The working-from-home situation had a significant impact on the overall wellbeing. For many, the border between work and private life became more unclear than ever, often leading to an increasing workload, and work hours stretching into the evening.“

Additionally, the financial hit that society suffered during lockdown created a new type of uncertainty, and a growing number of people worried about losing their jobs.

“Many did not only have to worry about the pandemic and their physical health, but also about the new uncertainty on the job market. Especially those working from home, who often found that the circumstances made it difficult to prove to their employers that they were doing a good job, and consequently ended up working even harder”.

Recognising early signs of burnout
Monica emphasises the importance of reflecting on your current work situation, to recognise symptoms, and to act against them early on. “Early signs of burnout can be expressed in different forms, such as insomnia, lower tolerance for other people, feeling frustrated and repeatedly questioning what the point is, altered appetite, and even physical pain, such as migraine and back ache.”

She says that many people ignore their symptoms due to lack of time to deal with them, which can be a costly mistake. “People often tend to neglect the issue, thinking they don’t have time to take care of it right now. But the truth is that if you don’t cater to your mental needs, eventually you’ll crash.”

“The key to a healthy mindset is having a realistic self-image.”

When asked why people tend to not prioritise their mental health even though it is such a widely known issue today, Monica says she believes it is rooted in fear. “I think it ties into the fear of not living up to expectations. You feel like you need to perform on the same level as you’ve always done, otherwise you won’t get that promotion or you will let people down,” she says and continues: “But if you don’t acknowledge the signs and it goes as far as to burnout or exhaustion, that promotion won’t mean anything anymore, and there will be a long way back to performing on the same level as before.”

Getting out of an unhealthy work routine
According to Monica, the first step to break an unhealthy work-cycle is to recognise and accept that you are in an unsustainable situation. “Tell someone. Saying it out loud makes it more real and is an important step in accepting the situation, which will then result in it being much easier to act on.”

The next step is to get practical; “Talk to your manager and see if there is anything that can be done about the workload – remember that it is okay to ask. Thereafter, reflect and admit your limitations, and set up new, healthy, boundaries accordingly.”

Patterns like these can be hard to discover, and even harder to break, which is why it can be beneficial to seek support from a professional therapist. According to Monica, this is something many people find challenging, but a step you might need to take in order to get better.

“Many seem to think that to keep pushing and ignoring how you feel is the definition of being strong. I’d say it’s the complete opposite – opening up and asking for help – that is true strength.”