A mentorship programme for young and aspiring professionals in financial services

Are you our next generation leader in financial services, and looking to build greater connections in the world’s financial centre? This programme offers a unique opportunity for young professionals to benefit from an exclusive twelve-months programme of group workshops and individual mentoring by experienced and successful senior industry professionals from across the Swedish-British financial services community. From banking to private equity and asset management, it gives you unique insight into the City of London at a time when the UK leaves the European Union.

Contents of the programme

The programme includes a series of four joint group workshops and seminars, facilitated by the course director involving both mentors and mentees. In addition, mentors and mentees meet for one-to-one mentoring sessions over the course of the year, whether it’s face to face or virtual. This is a mentorship programme dedicated to young finance professionals in Sweden and the United Kingdom. The programme will offer one-on-one mentorship from senior London-based professionals, and group mentorship on career development. It will provide mentees with a greater understanding of the industry and the financial centre in London.

A great opportunity for young professionals in financial services in Sweden and the United Kingdom, at the start of their careers in the industry and looking for support in advancing their career goals. Ideal candidates will have at least a couple of years’ work experience from the industry.

The Programme will help you to

Jonas Agesand is based in London, joined Warburg Pincus in 2015 and heads Fundraising and Investor Relations in Europe. Mr. Agesand is also on the firm's ESG Committee and on the EPER Board of Invest Europe. Previously, Mr. Agesand was a Managing Director and Senior Fundraiser at Blackstone based in London. Prior to joining Blackstone, Mr. Agesand worked at LGT Capital Partners as both an Investor and Fundraiser from 2001 to 2011. Mr. Agesand graduated from the University of Bristol with a B.Sc. in Economics and received his M.Sc. in Business and Management from Oxford University/HEC Paris. 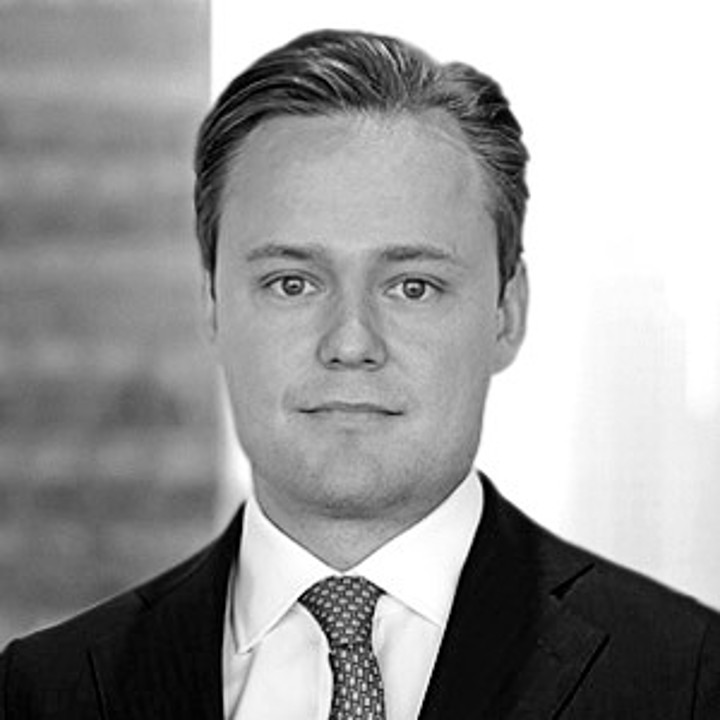 Oscar Dusing joined PJT Partners as Vice President in the Strategic Advisory Group in 2021, focusing on Nordic M&A. Throughout his career Oscar has advised corporate and private equity clients in the Nordic region across a range of sectors on the execution of both private and public M&A as well as capital markets transactions. Prior to joining PJT Partners Oscar worked at J.P. Morgan on the Nordic M&A coverage team and has worked on the M&A team at UBS in London and at Catella in Stockholm. While at J.P. Morgan he was also overseeing the investment banking resource allocation for Central Europe, Eastern Europe and the Nordics. Oscar is a graduate of the Stockholm School of Economics.

Teemu is a VC Investor at DN Capital, focusing on the Nordics and SaaS.   DN Capital looks to partner up with seed to Series B -stage companies in Europe and North America across technologies within SaaS, fintech & consumer tech verticals.  The firm thrives on supporting its portfolio companies - especially with recruiting to key VP+ level positions and with finding the best growth and GTM strategies. 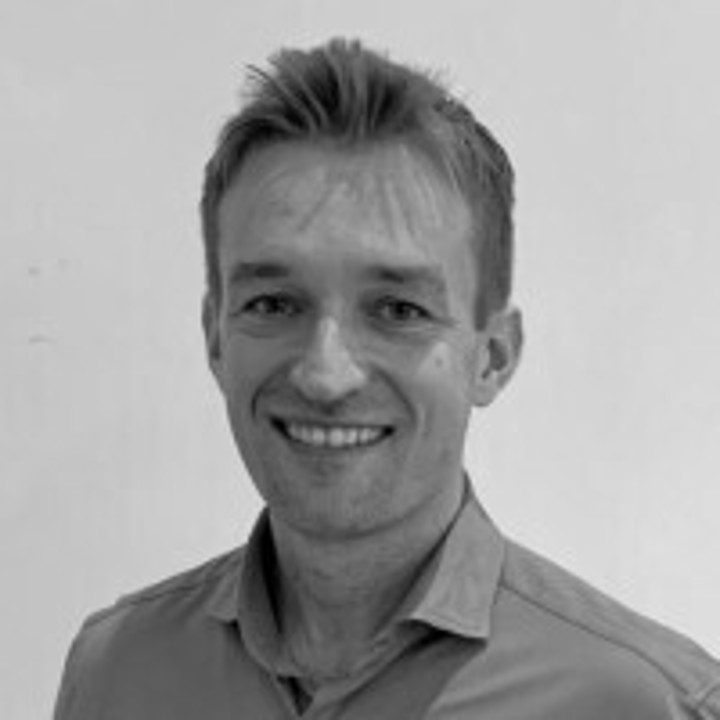 Johan Maunsbach joined Partners Group in Zug, Switzerland in 2011 as a legal counsel with a focus on transactions across private equity, real estate and infrastructure. He eventually worked in New York and Denver while heading up the firm's Legal & Transaction Services team in the Americas. Johan is now based in London and leading Partners Group's Investment Operations Business Unit. Prior to joining Partners Group, Johan worked as lawyer in Sweden and the Baltics. He holds an LL.M. from Uppsala University, Sweden. 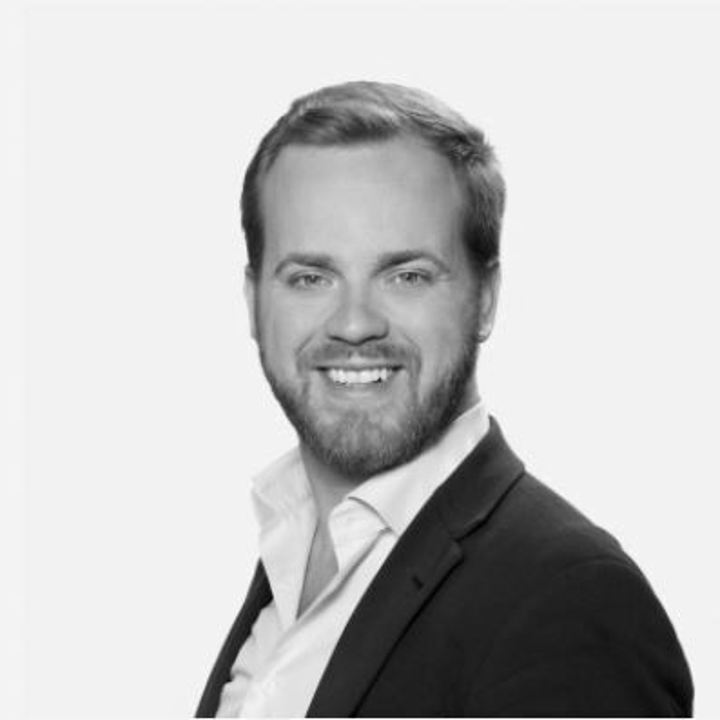 Ola is based in Kinnevik’s London office and leads their fintech effort, investing in promising venture and growth-stage businesses. Before Kinnevik, Ola worked with growth investments in B2B companies across Europe for the UK based fund One Peak Partners. Prior to that, Ola spent 4 years as an M&A banker at J.P. Morgan in London, focused on the consumer and retail sectors.

He is particularly passionate about how technology can make financial services accessible to under-served customer groups, and at lower cost. Ola is on the board as a director or observer across a range of companies, including fintech businesses Monese, Bread and Betterment. He is also an active angel investor.

Georgina joined Triple Point in 2021 and is the Chief Operations Officer in the Leasing & Lending team.  She has over 25 years’ experience in financial services and has developed and led large operational teams. Georgina was previously Chief Operating Officer of Handelsbanken, following a two-year role as head of Brexit implementation. In that role, she successfully stewarded the Bank through its UK banking licence application, and conversion from a branch of its Swedish parent, to a public limited company and a wholly-owned subsidiary of the Handelsbanken Group.

Georgina’s career spans over 20 years working as the head of tax in a variety of financial service groups, and FTSE 250 companies. During her career, she has often been brought in to set up new tax functions and to embed capabilities, drive compliance and support the business through specialist and technical guidance. Georgina is a qualified Chartered Tax professional and a qualified workplace mediator.

Outside of work, Georgina has three children that keep her very busy.

James Sproule was appointed as Chief Economist of Handelsbanken in May 2020. For much of 2019 he was a Senior Business Adviser to Prime Minister Boris Johnson prior to which he worked with the think tanks UnHerd and the Legatum Institute; between 2014-2017 he was the Chief Economist and Director of Policy at the Institute of Directors. Before the IoD he was head of UK Research with Accenture. He started his financial career as a merchant bank economist working with Bankers Trust, Deutsche Bank and Dresdner Kleinwort, and eventually helped to found the boutique bank Augusta and Company.

Marika is based in London, preaviously heading up Venture Capital Investing at L&G Capital. Prior to her role at L&G Capital she set up the European Investment office in London on behalf of Khazanah, a $40bn Sovereign Wealth Fund. In her role, she developed and led a diversified team of investment professionals in sourcing and investing in late-stage venture and growth equities across Europe focused on Tech Sector. Investments include Skyscanner, Farfetch,  Auto1, amongst others.

Prior to Khazanah, she led the day-to-day operations of a Scandinavian private investment office based in London, where she managed investments in private and public equities, real estate and fixed income on behalf of the Principal.

She has developed an international career; living and working in Hong Kong, Zurich and London, and has operated on board level the past 10 years’ and held non-executive roles in both private and publicly listed companies.

Marika is an active angel investor in UK innovation ecosystem with a portfolio of companies involved in Fintech, IoT, AI, and Cleantech. She holds an MBA from IMD, Switzerland, and MSc Eng. from Lund Institute of Technology, Sweden.

A strategist with career long experience in technology and a track record in helping UK origination teams and entrepreneurs fulfil their global potential. She has worked to build and change the shape of some of the world’s most known technology brands including Cisco, 3Com, SKYPE and Spotify.

Are you interested in finding out more about The City Mentorship Programme? Please get in contact with Events & Programmes Manager Mathilda Börjesson. 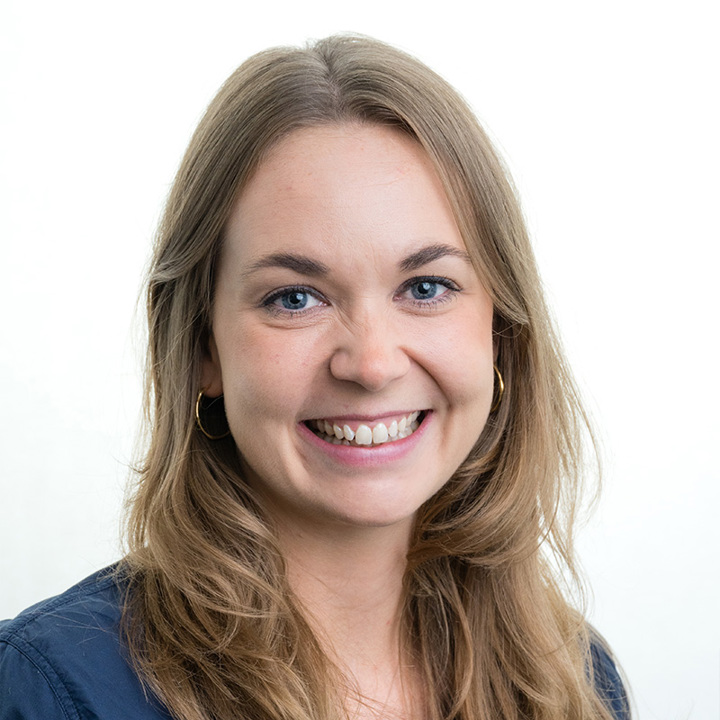 Keep in touch on social
"The pandemic might have been beneficial for the government, as it blurs the borders between the effects of #COVID and the ones of #Brexit” says Peter Sandberg, SCC Chief Executive, to @dagensindustri: https://t.co/CDIbqyazjF
Young professionals, kick off the Christmas celebrations by joining us for the Annual Christmas Dinner on 10 December. Right now, we are happy to offer great benefits from signing up to join us this evening. Read more and sign up here: https://t.co/sAfJPCHs3E
Are you ready to kick-start your international career? The SCC is proud to announce a record five #scholarships available for a new cohort of #young #talents in 2022/23. Learn more about qualifications and how to apply: https://t.co/gIkJm5JEVh
Join our mailing list