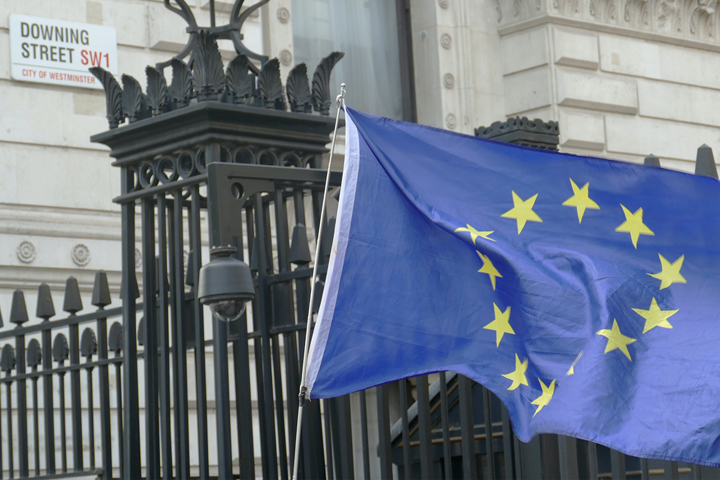 Despite challenges at borders and additional paperwork involved when importing and exporting goods, Swedish businesses with a UK footprint are optimistic about their post-Brexit future, shows a new report from the Swedish Chamber of Commerce for the UK. “Businesses are agile and see new local opportunities on the UK market. Almost 40% of businesses are optimistic about business growth and over 70% continue to see the UK as an important step in their international expansion strategy,” says Peter Sandberg, Managing Director at the Swedish Chamber of Commerce for the UK.

After years of negotiations and preparations, a trade agreement governing the post-Brexit relationship between the EU and the UK was finally concluded, and the UK left the EU and the single market on 1 January 2021. To get a better understanding of how Swedish businesses in the UK have been affected by the exit and the new trade deal, the Swedish Chamber of Commerce for the UK asked its member businesses about their experiences so far and their future outlook for doing business in the UK.

Varying degree of preparation
30% of the Swedish businesses say that they were well prepared for the changes taking place on 1 January 2021. 47.5% had prepared for some degree, while 22.5% say they were not very prepared or not prepared at all. “We know that many small businesses have had a hard time preparing for something that we didn’t have any blueprint to for a long time, and still don’t have all the details in place. Larger businesses with more resources have been able to do scenario planning and experienced 1 January as a different hurdle than others.”

Import and export are noticeable challenges
Two thirds of businesses, or 67.5%, say that they have experienced delays and problems with imports/exports in the first month of the new trading relationship. 32.5% have experienced no issues at all. “Our businesses witness of slow deliveries, additional paperwork and cost, and are describing a confusing situation where no one appears to know what to do,” Peter explains.

One of the businesses state that the “new customs clearance procedures and administration cause confusion in all steps of the process.” Another business that has had its shipment delayed for two weeks say that “the unpreparedness stems from the fact the deal was last minute and not even UPS/DHL knew what paperwork would be required or indeed what charges and who paid for them.” “While the frustration is apparent, some businesses have chosen airfreight as an alternative route to the shipments, another business says that it is indeed getting better, as some of their couriers have been learning by doing, and taken the time to ensure the correct paperwork is completed. We were expecting friction at the border, but equally expect it to improve with time,” Peter says.

Barriers for business
While logistics issues, longer delivery lead times and overly complex bureaucracy are seen as some of the major barriers for businesses right now, one business claims that most challenges are now internal, for example concerning legal agreements with brokers having to act on their behalf. A small business owner says that they cannot afford to hire an agent doing their paperwork. “These are uncharted territories for us all, and as one of the businesses expressed it, we are learning by doing. Only a couple of months into the new deal, this of course takes its toll on many of our member businesses that now have to show a lot of resilience until we have passed the initial hurdles,” Peter says.

New local opportunities
While many businesses have experienced immediate negative effects, almost one in five respondents have seen new opportunities arise with Britain’s exit from the EU. Some businesses say it opens up further opportunities on the UK market and that it is an opportunity to localise their businesses and put “more focus on local suppliers for local needs,” as one business describes it. “This shows that businesses are willing to adapt to the new situation and will find new ways to do business and thrive.”

Will be hiring – but most likely not Swedes
Almost half of the respondents, 47.5%, expect to be hiring UK employees in 2021-2022, while 30% are unsure if they will. At the same time, a majority of the businesses, 52.5%, say that they are not anticipating bringing Swedish employees to the UK in the same period. “We knew early that Brexit would lead to new UK immigration policies. These are making it more complicated and costly for businesses to hire Swedes or Europeans to the UK, and the results show that businesses are aware of the new reality,” says Peter.

UK market still important to an international expansion
The vast majority of the Swedish businesses say that Brexit has not affected their international expansion plans. Almost three quarters (72.5%) say that their strategy remains unchanged, and that the trade deal has not made the UK appear either more or less significant to the company’s international expansion strategy. 17.5% claim that the UK market has lost significance to their expansion strategy due to the new trade deal, while the rest of the businesses have no opinion in the matter. “The UK is the fifth largest economy in the world, and is a leading financial centre and Europe’s global hub. Many Swedish businesses see an expansion to the UK as a gateway to the rest of the word, and the results show that this will not be changing anytime soon.”