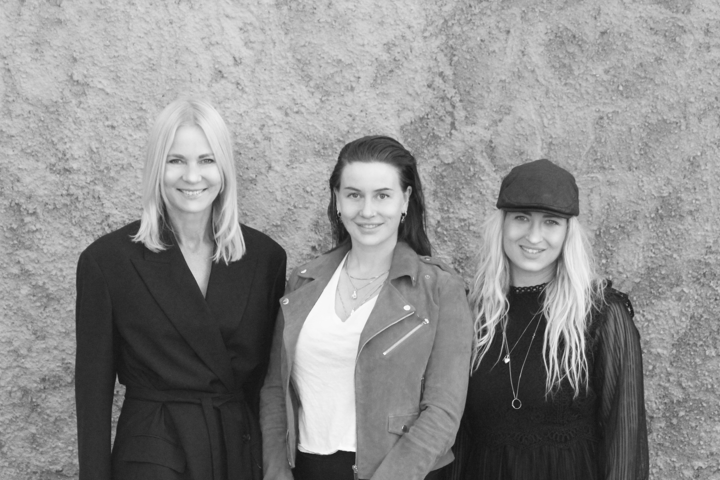 With the aim of building a global platform providing erotica in audio format for women, co-founders Linnea Taube and Rosanna Thun are planning to launch their new digital subscription service ‘AVA stories’ in 2021. As more and more people choose to pay for niched content, and the market for so-called sex tech is projected to increase exponentially within the next decade, Rosanna and Linnea see strong global growth potential for their company. The Link talked to Rosanna and chairman Lotta Malm-Hallqvist about the vision for the company and how their bonding at the SCC’s Bootcamp #AccessUK led to an unexpected partnership.

It all started during a girls night, Rosanna explains: “Linnea and I, who happen to be neighbours, were drinking wine and talking about sex in the jacuzzi. We got into products and services, and how there are so much more of it available for men than for women, and that’s how the idea for AVA stories was born.”

With AVA Stories, they want to reduce stigmas around sex and masturbation and encourage women to explore their sexual desires on their own terms, to create a platform for women and with female perspectives. The focus of the platform is not only going to be sex and orgasms, but rather a service for women’s wellness and sexy healthcare, with the aim of helping women to build good relationships with their bodies and their sexuality. As such, it will also provide articles, news, and interviews with inspiring women. “Today’s generation of women are leaving old stereotypes behind and exploring their own sexuality. AVA is tailored to a generation that is obsessed with self-improvement and that does not accept the status quo”, Rosanna says.

”Today’s generation of women are leaving old stereotypes behind and exploring their own sexuality.”

Accessing the UK
Before founding AVA, Rosanna was the deputy CEO of Tourn International, a company combining tech and influencer marketing to build the next generation of social media advertising. While representing Tourn in the 2019’s cohort of the SCC-hosted accelerator programme #AccessUK, Rosanna met with Lotta Malm Hallqvist, a London-based serial entrepreneur within fashion, advertising and communications, and a long history of global c-suite positions in large corporations. The two immediately hit it off. “I was truly impressed by Rosanna’s passion, knowledge, and energy when she talked about all new technologies and business,” Lotta says.

When Rosanna and Linnea later contacted Lotta about the new business idea they had, Lotta was all ears. “They had my full attention after 5 minutes, and 10 minutes later I asked to be involved”, Lotta says. Lotta subsequently joined AVA as chairman, and she has high hopes for the company: “I believe we have a massive opportunity to build AVA into something very interesting and, to quote my daughter, this is the most important company I’ve ever been involved in.”

Great market potential
With both the self-care trend and demand for niche content growing rapidly, the market potential is great. “The self-care trend has been headed by mindfulness and mental health apps such as Calm and Headspace, and is now a 450 billion dollar industry. The audio content market is currently valued at 4.6 billion USD and growing 25-30% yearly, much faster than the traditional media and entertainment market,” Rosanna explains. As their ambition is to build a global brand, the main challenge is rather to become the first-hand choice for their target group when it comes to erotic audio. “Our target group is very selective with what they entertain themselves with, and they want a service tailored to them. We need to deliver the best product on the market, so listening closely to customers demands is essential.

AVA is currently working to launch in Sweden during Q2 2021, and all English speaking countries later this year.

Back to News and Insights
Keep in touch on social
Did you miss the chance to attend Tech Forum 2021? The whole programme is now available on Youtube where you can listen in on the stellar lineup of speakers discussing AI, its impact on society, ethical dilemmas and much more. Watch here: https://t.co/ULUQhDWOux
We are proud to announce #Stjärnstoft Studios, who presented their game 'SPARKS', as the winner of the pitch competition at the Games Industry Exchange event that we do on behalf of @investinskane. Congratulations Stjärnstoft! ✨
Together with @chambertalk and @investinskane, we welcome you to join us on 25 May for the first part of the Scotland-Sweden Business Exchange focusing on how to set up, expand to, do business or build connections with Scotland and Sweden. Register here: https://t.co/Q7rr5jIDOT
Join our mailing list