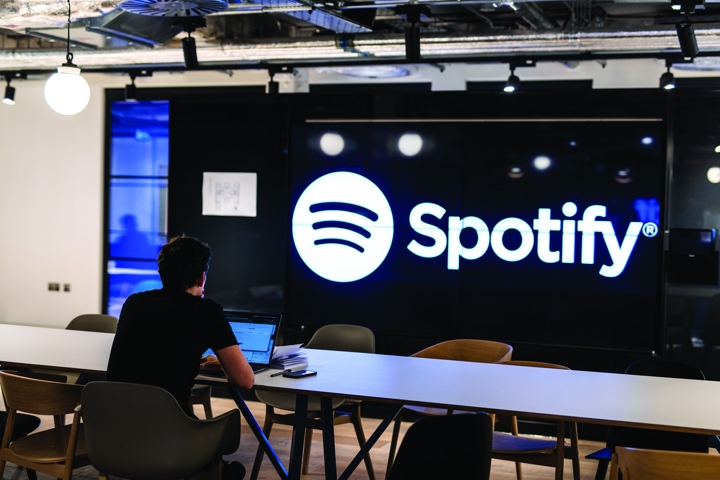 Earlier this year, SCC patron Spotify opened a new office and technology centre in the heart of London. “As one of Spotify’s biggest markets, it makes perfect sense to expand our team here in the UK,” says Tom Connaughton, Managing Director of Spotify in the UK and Ireland.

Spotify was founded in 2006, with the aspiration of making music accessible – everywhere and at all times, while constantly discovering new music and audio. “Ultimately, what we are passionate about is unlocking the potential of human creativity by giving a million creative artists the opportunity to live off their art and billions of fans the opportunity to enjoy and be inspired by it,” says Tom. Spotify is currently present in 79 markets world-wide, making the streaming platform one of the most international companies in the world. Figures including 232 million monthly active users, 109 million Premium subscribers and over 13 billion euros paid to rights holders, are self-evident proof of Spotify’s success.

A catalyst for creativity
The UK market is especially significant for Spotify’s strategic development, as it is considered a priority in terms of both revenue and subscribers. “We are the number one music platform in the UK and Ireland today – and this is an incredibly important market for Spotify globally,” says Tom. He continues: “Here in the UK and Ireland, we are particularly proud to be a catalyst for creativity, central to creating and shaping connections between creators and fans, democratising music and audio, and making culture accessible to all.”

With one of the world’s biggest music markets as well as the home of numerous world-renowned artists and emerging talent, the UK holds a remarkably vital and unique position in the global ecosystem of music. Tom accentuates: “What is massively exciting for us at Spotify is that there is so much more room to grow in the UK and Ireland. We are really focused on doing that.”

Investment in research and development
In April 2019, Spotify opened its new offices in the heart of London, including the first major technology centre outside of the US and Sweden, from where Spotify originates. The new centre is designed to be a “space to grow and foster diverse, new and creative talent” and will create nearly 300 new jobs in the capital.

Tom explains that this cutting-edge workspace and dedicated R&D hub marks the importance of the market. “This really reflects the UK capital’s wealth of tech talent and represents the mix of skills we look for across the fields of engineering, product, design, data, research and insights. As I say, our goal is to become the world’s leading audio platform and the London expansion is a great example of our ongoing efforts to achieve this ambition,” states Tom.

To establish the centre in London came as a natural decision, according to Tom. He explains: “The UK is famous all over the world for the musical talent that originates here and the strength of the music industry. As one of Spotify’s biggest markets, it makes perfect sense to expand our team here in the UK, and to tap into the large and diverse talent pool found in London.”

Moreover, the exciting launch invoked an excitement in the capital. For instance, the Mayor of London Sadiq Khan commented on the news: “Spotify’s expansion is a further sign that London is open to ground-breaking technology.” Spotify agrees that innovation and technological development are synonymous with the business environment of the British capital. “Innovation is woven into the fabric of London and the capital has always been associated with forward-thinking design and technology. There is a real nucleus of amazing tech talent here and that’s not going to change,” says Tom. 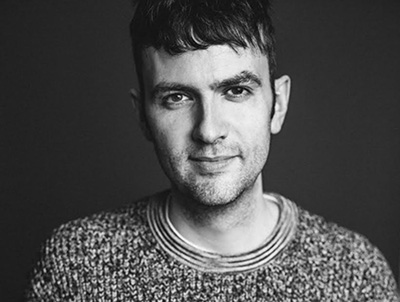 On 11 June, the Swedish Chamber of Commerce welcomes young professionals to join a webinar on entrepreneurship featuring Fredrik Hjelm, Founder and CEO of Voi Technology, a Scandinavian micro mobility company offering electric scooter and bike sharing. https://t.co/5Bv0f8EYbv
On 9 June, we welcome early-stage businesses to increase their understanding of the UK market at the Webinar: Expanding to the UK. A case study and panel discussion will revolve around why the UK is a natural next step for any start-up. https://t.co/ucIAU8EMbH
In this feature Jan Olsson, SCC Chairman and CEO Nordics at @DeutscheBank, tells Swedish financial daily Realtid about his career, his confinement in London and what he is looking for when recruiting new talent. Read full article here: https://t.co/42tIgFAEky