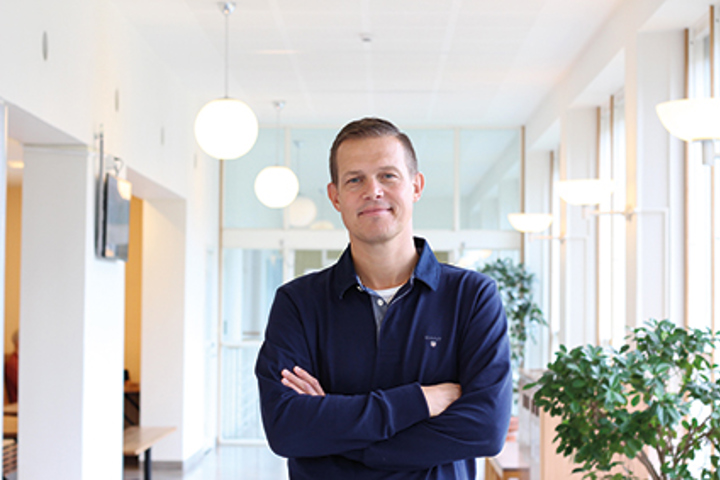 Retailing: a growing field of research

As part of this development, the Centre for Retailing at the University of Gothenburg was established in 2008 and paralleled with several other efforts in Sweden to put retailing research on the agenda. This led to a significant expansion of retail-oriented research in Sweden, involving different fields of research and topics. The Centre for Retailing is a platform for researchers who, irrespective of their organisational affiliation and scientific discipline, perform research of relevance to retailing. Among several important research topics, the most central are related to sustainability, digitalisation, and work-related issues.

During this research shift it has become increasingly clear that retailing deserves significant attention due to important ongoing transformations that affect the everyday lives of consumers, retail businesses, and employees, as well as society as a whole.

First, the ongoing digitalisation of consumptionis becoming more and more evident within different aspects of everyday life that involves retailing in different ways. Consequently, during the last few years retail research in Sweden has been particularly attentive to various aspects of digitalisation, including how people consume products and services, how shopping is conducted, and from whom and where goods are bought. Digitalisation has highly involved and affected retailing.

Second, and related to the changes in consumption, are questions related to how the retail sector is transforming. The emergence of online retailing has significantly affected the retail industry and now online and offline retailing is becoming more and more integrated. While the early development of digitalisation was often treated synonymously with growing e-commerce, it now comprises many aspects of retailing such as how exchanges are conducted, the actors involved in the exchange, the setting, and the nature of the offerings. A key topic concerns the implications for physical stores in terms of effects on sales, how digital technologies are integrated in physical stores, and what kind of value the physical stores may provide in an increasingly digitalised landscape. In recent years, reports on store closings have alternated with news about openings of other types of stores, such as novel pop-ups, showrooms, or automated stores. A significant amount of attention is and should be put on the implications for physical stores and how the retail landscape is changing due to digitalisation and its effect on employment and work within retailing.

Third, changes of consumption patterns in the retail sector also have more general implications for society; for example, in terms of sustainability and the role of retail in local communities. Consumption of retail goodsconstitutes a significant environmental impact and changing shopping habits also affects the so-called last mile transports and their environmental impacts. While current physical store retailing is highly car-dependent, online shopping brings other sustainability challenges due to transport, returns, and packagingwaste. Moreover, the transformation of theretail sector has also led to increased attentionto the implications for urban areas where retailbusiness could no longer be taken for grantedas an equally dominant feature, which in turn raises questions about the role of retailing insociety.

While several trends in retailing are global, there are also important national and local differences in terms of consumer habits, work conditions, and how the retail sector isorganised to create particular opportunities and challenges. Between the UK and Sweden there are differences in terms of overall marketshare for online retail, particularly in the grocery sector, as well as in terms of consumer density and to what extent last mile transportare conducted via pick-up points or homedelivery. International collaboration in the form of joint research projects, conferences, and publishing are important in order to be able tolearn from each other’s experiences, and it is important to take such particular characteristics into account. This calls for a continuous development of retail research in Sweden, the UK, and elsewhere to allow for international collaboration to exchange experiences, as well as the ability to be sensible to local conditions and characteristics.

BY: JOHAN HAGBERG, PROFESSOR OF BUSINESS ADMINISTRATION, CENTRE FOR RETAILING, UNIVERSITY OF GOTHENBURG