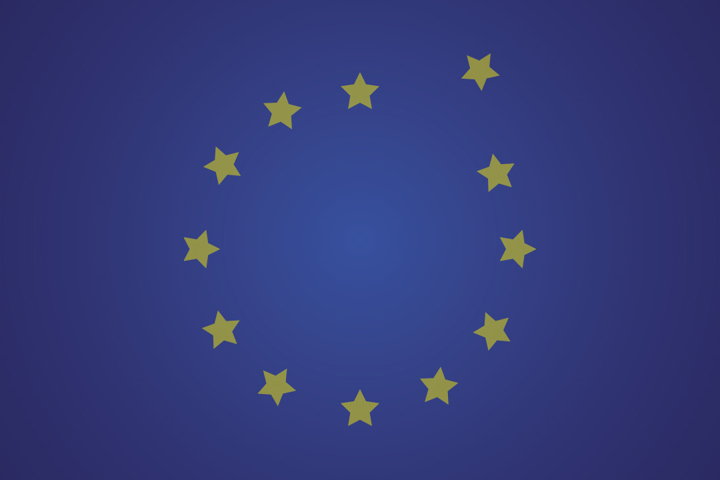 Preparing for the end of the post-Brexit transition period

While having been overshadowed by the ongoing pandemic in the past few months, post-Brexit talks between the EU and the UK regarding future relations have continued throughout the pandemic. As the end of the transition period is drawing closer, there are still many uncertainties regarding how businesses operating in the UK will be affected. The Link spoke to four different law firms from the SCC membership to straighten out what the main priorities should be for businesses regarding different legal areas.

Employment Law
“The UK will be free to do what it chooses to do regarding its employment law framework. In theory, it is able to make changes to it and to decrease or increase employment rights. It seems unlikely that there would be an overarching reform of existing employment law following the conclusion of the transition period: many EU derived laws are by choice “golden plated” by the UK and some key aspects of UK employment law are not derived from the EU (i.e. NMW). A key outstanding question relates to the extent to which UK courts and tribunals will remain subject to European rules and case law. As there are no immediately foreseeable or planned changes, there is little for companies to do in order to mitigate risks at this stage. The assumption, for the time being, is to plan staffing risks based on the current legal framework,” says Tania Tandon, Tandon Hildebrand

Dispute Resolution
“Under the current regime, there are European wide rules which govern how courts deal with disputes between parties of different member states. The rules principally regulate: the member state in which the cross border litigation should be determined, and the enforcement of a judgment. After 31 December the relevant EU regulations will no longer apply. This will mean that a UK party and an EU party who are in dispute and want to resolve this through the courts would be subject to different and more cumbersome rules and judgments may be less straightforward to enforce. It is expected that the UK will accede to a treaty (the Lugano Convention) which to all intents and purposes will replicate the current position. However, that accession has not yet been agreed and, as with the UK withdrawal arrangements more generally, time is running short. Even if the UK accedes to the Lugano Convention, in one important respect it will not provide the same uniformity of approach that the current EU rules provide. Where disputes are fiercely fought, one tactic a party can adopt is to slow down a dispute by counterattacking an opponent in a court of a different member state. The Lugano Convention does not provide a ready method of defeating this tactic in the way that the current rules do.

So what can organisations do to mitigate the risks? If the UK does accede to Lugano, most ‘normal’ commercial disputes which are resolved through the courts will be largely unaffected. However, Lugano accession remains uncertain. Organisations entering into contracts today may want to avoid the risk that the UK ends up without a harmonising convention for litigation. And even with Lugano, if parties have a bitter dispute, the system for resolution can be disrupted by a party intent on causing havoc. One solution is to provide in commercial contracts that arbitration will be the method used for resolving disputes. This will be unaffected by Brexit. The recognition and enforcement of arbitral awards is governed by the New York Convention. Under that treaty arbitral awards are widely recognised (for enforcement purposes) across the globe. Parties can select the ‘seat’ of the arbitration and choose their arbitrators. Unlike court proceedings, arbitration is confidential. However, they should bear in mind that arbitration is often more costly than court proceedings and that the outcome can be more unpredictable than litigating under a well-established judicial system which follows precedent such as that which applies in England,” says Geraldine Elliott, RPC

Mergers and Acquisitions
“As regards Brexit implications on M&A post- transition 31 Dec 2020, not much will change, at least not short term. The area most affected will be merger control. Post-Brexit the one-stop-shop regime for merger control within the EU will not apply in the UK. Instead, EU and UK merger regimes will run in parallel. This will most likely lead to an increase in UK merger investigations (the CMA in the UK has estimated that there will be an increase in UK merger investigations by up to 40 %) resulting in additional cost and time spent on getting merger control clearance for the transactions and parties should be prepared and cater for that. The filing regime in the UK is voluntary, not compulsory like the EU, so for the UK part of transactions, there will be more of an assessment to be made by the parties in relation to merger control filings. There are some signs that the UK may be taking a stricter approach on anti-trust issues than historically and it will also now have new powers in some sectors to require foreign investment approvals. Also, the EU cross-border merger regime, which efficiently merger companies within the EEA without inadvertently leaving assets or liabilities behind and allow for dissolution of transferor companies without the need for additional processes, will no longer be available to UK companies,“ says Elisabeth Lundgren, Linklaters

Data Protection
“Any business with activity in the UK should, as a minimum, make sure that it complies with the GDPR and the DPA 2018, which are the rules governing personal data. When the Transition Period expires, the rules of the GDPR and the DPA 2018 will be “merged” through a complicated set of regulations following the withdrawal. One of the issues which will change is how the flow of data between the UK and EU will be regulated, which businesses in the UK should prepare for. In relation to personal data flowing from the UK to the EU, the withdrawal legislation does not put in place restrictions for such flow. The EU is viewed as offering the same level of protection as the UK. The position is different when it comes to the flow of personal data from the EU to the UK. After the expiry of the Transition Period, the UK will become a “third country”, and that could make the flow of data from the EU to the UK difficult. This could be cured if the EU made an adequacy decision about the UK Data Protection rules, or if the UK and EU agreed on a Free Trade Agreement, where Data Protection is dealt with.

Businesses must prepare for the eventuality that neither take place before the end of 2020. To secure a continued flow of personal data from the EU to the UK, UK businesses must ensure that the contracts under which the personal data is obtained allow for such a transfer. There are standard clauses which can be inserted in the contracts to ensure such transfer. In addition, it would be useful to examine the data flow of the business, and to assess where your business stands in relation to the following questions:

- What kind of data do you receive?
- Where do you get it from?
- Why do you collect it?
- Where do you store it?
- What contracts have you got in place for the collection and for the storage of the personal data?

Back to News and Insights
Keep in touch on social
We are proud to announce #Stjärnstoft Studios, who presented their game 'SPARKS', as the winner of the pitch competition at the Games Industry Exchange event that we do on behalf of @investinskane. Congratulations Stjärnstoft! ✨
Together with @chambertalk and @investinskane, we welcome you to join us on 25 May for the first part of the Scotland-Sweden Business Exchange focusing on how to set up, expand to, do business or build connections with Scotland and Sweden. Register here: https://t.co/Q7rr5jIDOT
Interested in the SWE - UK games industry? At Games Industry Exchange on 27-28 April, you will have the chance to meet the experts, tune into successful company stories and network with key stakeholders. In partnership with @investinskane . Sign up here: https://t.co/CE8y5ZSCIY
Join our mailing list