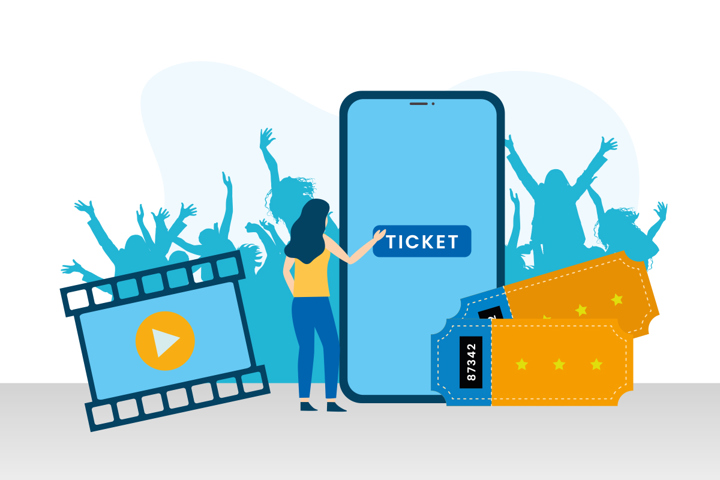 Hybrid events are the future of the live industry

The live industry, including sports, theatre and other entertainment, has suffered severely from the consequences of the pandemic. While producers and promoters find it difficult to plan upcoming live events ahead, SCC member TicketCo recently launched a live streaming service to help audiences engage with their favourite clubs, theatres and sports clubs in a new way. “We have always believed in hybrid events and I think they are here to stay. I think for example once festivals get back up and running, people will be buying virtual tickets if they sell out live,” says David Kenny, UK Country Manager at TicketCo.

Founded as a simple ticketing solution back in 2013, TicketCo has evolved into a unified platform for all kinds of event payments. Through the self-serviced ticketing solution, organisers can sell both tickets, food and beverages, merchandise and accommodation. “It all links back to the fact that we want to improve the experience and journey of the fans or festival-goers – it’s quick, swift and painless,” says David Kenny, UK Country Manager at TicketCo.

Enjoying live entertainment from home
Earlier this year, TicketCo launched a virtual streaming service to enjoy live entertainment from home. David explains that TicketCo TV, as they call it, was in progress already before the pandemic. “It was in our development pipe but wasn’t our top priority. And then priorities changed when lockdown happened.”

No reason for events to sell out
TicketCo TV is built upon a belief that there is no reason why events should sell out. “You have the live element, and then you have what we believe should be a virtual element. For example, if a club reaches its live capacity of 300, why shouldn’t more people still be able to enjoy the show and watch it from home, on their iPad or Apple TV?” Also, from the organisers point of view, the scalability and the revenue potential is endless: “We’re not saying that you could sell trillions of tickets, but if you had a virtual ticket type that you can sell for a reduced price, it will be adding value on top of the live tickets sold.“

Engaging the audience
Although a virtual solution like TicketCo TV isn’t going to fix the fundamental challenges the live industry is facing amidst the pandemic, David believes it will help audiences to engage with their clubs, theatres and sports clubs. “We came up with the term ‘keeping your audience warm’, just keeping the dialogue going. It has not been an easy road, but we see that people are now onboarding with TicketCo TV on a daily basis.”

Streaming theatre productions
Recently, TicketCo entered the world of theatre by signing with the Southbank Centre for a production in London. Another notable production was put up at the Bristol Old Vic with Wise Children – a new theatre company partnering with theatres around the UK to do live performances from the theatres and stream them across the world. “As I was looking at all the people on the stage, I was really proud to think that we were part of keeping them employed, even if it was just this little bit of time. It was successful, not just revenue-wise, but it is a proof of concept. Now, that customer is about to do another production which will be shown through November,” David says.

The emergence of hybrid events
Once the live industry bounces back, which David believes it will as they have seen customers rushing back to some of the activity venues they work with, it will come back in a slightly different form. “We have always believed in hybrid events and I think they are here to stay. I think for example once festivals get back up and running, people will be buying virtual tickets if they sell out live.”

Benefit from both live and virtual
He explains that this way of working with content might be new to theatres and other entertainment producers, but sports promoters have been working with pay-per-view solutions for a long time. “MMA has for example live elements in Las Vegas and they do pay-per view for the major TV broadcasting channels. Now lower league and sports promoters are turning to us to do streaming as well. They want to follow in the footsteps of the UFC and the MMA as examples and try and recreate what they’ve done.” And this is where TicketCo fills a gap. “We’re not a TV channel, but we’re giving promoters and organisers the tools to benefit from both live and virtual.”

Difficult to plan ahead
According to David, the situation for the live industry is incredibly severe and the uncertainty makes it difficult for organisers to plan ahead. “We believe things will start getting back to normal, but when is the question. Even if we believe the pandemic might have eased by next summer, festival organisers need to start planning now. But if you can’t say with 100% certainty that the event is going to happen, you can’t put it on sale and the revenue stops.” And it is not only the event organisers that are affected by the uncertainty. “There is a big chain of suppliers, independent and self-employed people who service these industries that might see themselves out of work.”