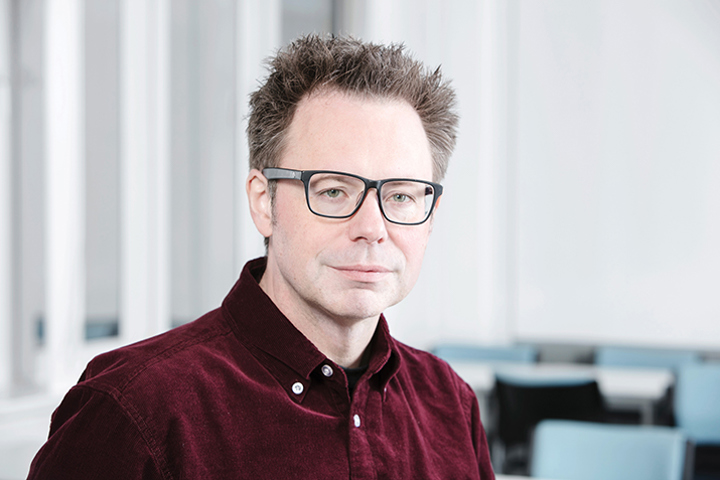 Connected living: The open plan office of the future?

As most of us find ourselves sitting in solitude in front of our home computers, it is hard not to wax nostalgically about all the little things we miss from the old office. Like that person who would always make phone calls at the top of their voice, seemingly not realizing how it was interrupting the work of a dozen other people. Or those two over there, who decided to have an impromptu marketing meeting right behind your back. Or that one, who insists coming over ten times a day and asking “how it’s going”. Or... you get the picture.

But as much as we are sometimes irritated by the too-close proximity of our fellow humans, they are also absolutely essential for creativity and innovation. Studies have shown that in research labs, people collaborate the most with the scientists in their immediate vicinity, and the connections fall off drastically even if they are only a few doors away. The next floor might just as well be another planet! The reality is that ideas need other people to grow, and the accidental corridor meetings, spontaneous catch-ups, and informal “fikas” (to borrow the Swedish term for having a coffee together) are often where the real breakthroughs come from, in science as well as in policy and business.

So where does this leave us when suddenly all meetings have to be put in the calendar before- hand, and our professional interactions have to pass through a square-shaped looking-glass? We can still talk of course, but all the opportunities for informal and non-verbal feedback have been cut off, as well as all those little chance encounters that are so important.

The research in this field goes back farther than one might think. Already in the 1990s, there was a rich vein of experimentation in so-called Media Spaces, the idea that you could virtually connect two places using an always-on video channel. For instance, researchers at Xerox setup what they called “portholes” between their offices in England and California, consisting o fan always-on TV monitor and a camera at each location. The intention was to try to mimic the effect of a shared physical space, so that by throwing a glance at the screen, you would be subtly aware of what your colleagues were doing – even if they happened to be on the other side of the Atlantic.

One would think that almost 30 years later, solutions like these would have advanced enough to connect a distributed workforce in a way that at least gets close to what we experience in real life? Unfortunately, I think most of us agree that we still have a long way to go before the remote interaction becomes as easy and natural as when we are in the same room.

In my research group at the School of Design at Northumbria University, we are exploring how we can live and work both remotely and in-place, without losing all the little things that make real-life human communication so valuable. Think of this as an “open-plan office of the future”, where we can move fluidly between different tasks and communication modalities, and moderate our level of collaboration and attention to what best suits the situation at hand. The makeup of this new shared space may be a mixture of real and physical worlds, created using mixed-reality technology and new interaction techniques as well as good old-fashioned architecture and interior design.

For instance, in one project we built a remote collaboration tool in the form of a “Telepresence receptionist” that allows the staff in an office reception to greet and interact with visitors in another building. A visitor can call the attention of the remote staff by ringing a physical “hotel bell” on the desk. This makes the screen come alive with the image of a remote operator, who can converse with the guest through an ultra- high-speed private connection. The receptionist can even move the screen around to look at different location and establish eye contact, using a custom-built interface at their end.

What was most interesting about this was not only how the receptionists performed a task they already do, except remotely, but how it also changed their everyday practice. They would open up the connection between the two places not just when there was a visitor, but to “keep an eye” on the remote location as they were attending to other tasks. They would also use the open channel for banter and informal communication, strengthening the connection between the two places. Thus, it turned out that there was a value for “portholes” between places that are not on different continents, but literally next door.

At least things have changed fundamentally since the early days of Media Spaces: the power of the underlying technology has increased exponentially. Virtual and augmented reality (XR) will be merging with ultra-fast mobile networking (5G) to create shared immersive spaces; new rapid manufacturing processes such as 3D printing can make interaction more physical; and autonomous systems might offload decision-making and support humans-in-the-loop. Slowly but surely, these new technologies and interfaces are becoming combined into one coherent vision of connected living. If you are missing your fellow colleagues now, you can start imagining our “open-plan office of the future”, where you can just as well work by yourself from home, as from a café or a shared physical office, and still have all the advantages of real-world creative exchanges – with the added perk of having the ability to turn down the volume on that loud phone guy!

Northumbria University School of Design
Located in Newcastle Upon Tyne, the School covers Industrial, Fashion, Communication and Innovation Design. With alumni including Apple’s Sir Jonathan Ive, principal designer ofthe iPhone and iMac, the design community examines design in the context of use, beauty and social and cultural contexts.
northumbria.ac.uk

Back to News and Insights
Keep in touch on social
Did you miss yesterday's Tech Forum? The whole programme is now available on Youtube where you can listen in on the discussions. Watch here: https://t.co/yAEkCk7CxD
And the winner of this year’s London Bootcamp pitching session is Fenix Funeral with Director Charlotte Runius. Congratulations! That concludes this year’s Tech Forum. Thank you to all contributing to great discussions and everyone for joining. #SCCTechForum #LondonTechWeek
Join our mailing list