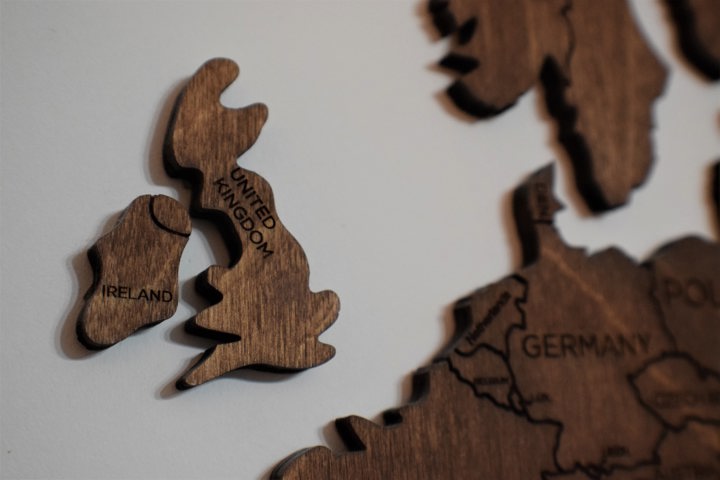 After four and a half years of uncertainty and contentious negotiations, a trade agreement governing the post-Brexit relationship between the EU and the UK was finally concluded. However, a bumpy period is to be expected as the UK is adjusting to new trading terms with Europe and vice versa. The Link asked James Sibley, Head of International Affairs at Federation of Small Businesses (FSB) about what the main obstacles for small businesses are right now, and how long disruption can be expected to last.

What are the main obstacles for small businesses right now?
Both the volume of customs declarations and the volume of paperwork has increased. And there’s also a lot of demand on customs intermediaries who would normally help SMEs with this kind of thing – for example freight for­warders and customs agents, who themselves are charging more for their services.

In addition to that, leaving the Customs Union has resulted in some supply chain disrup­tion. For SMEs who normally would import a product from a third country, warehouse it in the UK, and then sell to UK and EU custom­ers, they find now that they’ve been hit by GST both upon importing to the UK and upon exporting into the EU. There are a few ways around that, but a lot of them are out of reach of the standard SME. A lot of SMEs will be reconsidering their supply chains and logistic operations and thinking.

Thirdly, there’s the VAT. The UK, having left the single market and the VAT area, now has lost access to the distance selling thresholds that UK-based firms had access to before. This means that SMEs might have to register in each EU Member State to which they sell goods, and that can be costly. In addition to these expenses and the administrative burden, some member states require you to appoint a fiscal VAT representative and that can also be expensive.

Lastly, lots of small businesses now have to consider how and if they can meet the Rules of Origin in the Free Trade Agreement. This is necessary if they want to export something to the EU tariff-free. The rules are complicated and present room for interpretation with the many exceptions. The primary reason for exist­ing is to ensure that the parties in an agree­ment are the only benefactors from the terms. For example, you can’t import a product from China, store in the UK, and then export to the EU without paying any tariffs on it because that would be a backdoor.

What can businesses do to overcome these obstacles?
Some of the issues are going to be quite dif­ficult for small firms to overcome because they affect their competitiveness and their margin. Some will be responding to this by swallowing the costs, provided they have a margin that allows them to do so. Others will be looking to adjust their supply chain, e.g. registering companies in the EU or adjusting how they distribute their products.

For many small businesses, however, these kinds of measures will be too much of a cost, and some won’t be able to continue exporting in the same way if this continues. In terms of getting over the barriers, some of it is about just getting used to the rules. We’ve had the biggest change to the trading relationship with the EU and the rest of the world in half a century, and it has happened almost over­night. I think many small firms will get used to the changes, but it’s a big challenge and it shouldn’t be underestimated.

How long do you think the disruption will go on?
What we’re seeing right now is a massive change that affects all elements of the econo­my, with a lot of different sectors getting used to the new rules. Currently, lots of companies - particularly goods exporters – have deliberately avoided issues by stockpiling.

I believe we will have levels of disruption at various points throughout 2021, which will decrease as companies get used to the changes or adjust their operations in response, but it’s hard to say exactly how long that will take. One thing to note is that there are cur­rently a few easements and exemptions in place. For instance, the UK is not subjecting imports to the full range of border checks. After that changes by the end of June 2021 you can probably expect some disruption from companies that are still not used to the new arrangements.