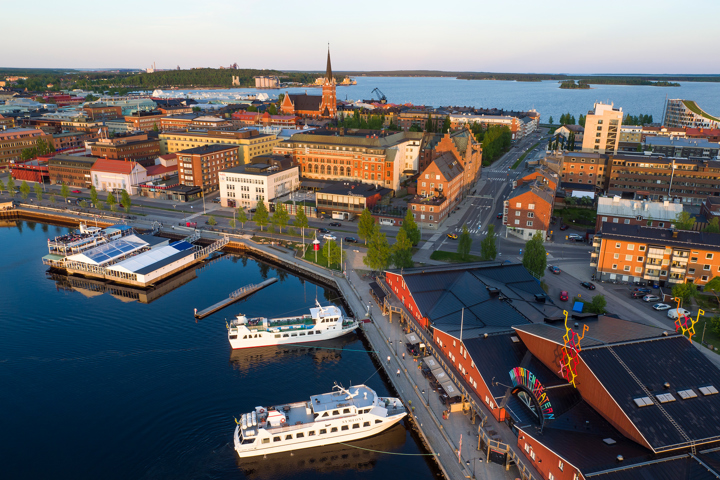 Beyond mines and minerals: the rise of northern Sweden

The last few decades have seen substantial growth in northern Sweden. The region is best known as a major producer of raw material, such as wood and ore, but has recently established itself as a tech hub, with several multinational firms investing in the region. What makes this northernmost part of Sweden, and indeed Europe, attractive to investment? The Link spoke to Jenny Hellman, CEO at Luleå Business Region, representing one of the largest towns and financial hubs in the region, Niklas Nordström, former Mayor of Luleå, as well as Anders Sundström, former Government Minister and Mayor of fellow northern town of Piteå.

For most of the 20th century, the primary business activities in the north were related to forestry and natural resources. Whilst these industries are omnipresent in the region, the north has been faced with the need to diversify along with society-at-large. “When I was Mayor of the municipality of Piteå in the 1980s the challenge was to reduce our reliance on basic industries and to build a more diversified business community. In other words, the goal was to attract more of the business and financial services sectors here, as we were definitely lagging behind,” says Anders Sundström. He states it is a lot easier to attract investments to the region these days, than it was back then.

Luleå – the engine
The city and municipality of Luleå, with a population of 78,000, has seen significant growth and attraction from inward investment in recent years. A sign of this is the recent creation of Luleå Business Region which launched its operations in January this year, offering existing and prospective businesses in the region with support and advice. “We promote the region as a destination and facilitate a range of initiatives, working in partnership with the university, local government and industry,” says Jenny Hellman, CEO. “We want to make the business case for Luleå by providing professional and free service and advice to those planning to set up, relocate or expand their business here.”

Niklas Nordström was Mayor of Luleå until recently and highlights its loyal and hardworking people and entrepreneurs as a unique selling point. ”In northern Sweden we have never been able to take anything for granted. We are far from the core markets, and the tough arctic climate have forced communities and companies to improve and innovate every day. In fact, the OECD ranks the business climate for innovation in the region as one of the best in Europe. People in the north are loyal and hardworking,” says Niklas.

Anders Sundström is former Mayor of neighbouring city Piteå (distance is relative in remote northern Sweden) and believes the inheritance from the basic industries is what has actually been driving investments into the region. “The knowledge developed in the basic industries in order to compete on a global scale in forestry, the steel industry and the mining industry, has led to unique productivity and a strife to constantly improve. You will find an industrial logic that suits many businesses,” says Anders.

The arrival of higher education
The leading universities up north have played a central role in driving the development of the region. “There was an instant upswing in the development of the region when Umeå University (a fellow northern town) established in the middle of the 1960s and later Luleå Technical University in 1970. Northern Sweden’s business community changed as a result of it and had a natural influx of highly educated andtechnologically knowledgeable young profes- sionals. This in turn created a fruitful environment for entrepreneurship around the more traditional industries,” says Anders. This trend has just continued to evolve ever since. Anders continues: “Today, northern Sweden has a well-developed natural resource industry which is very competitive and global, but it also has a large service sector on a highly technical level.”

Niklas also believes that the universities in the region are of crucial importance for the investments made by larger corporates today. ”The university in Luleå naturally promotes education and research, and in particular for core local industries in mining, forest and steel but also in ICT. Recent investments from companies such as Facebook, Telia, Ericsson are testament to this,” says Niklas. Jenny Hell- man continues:”The presence of a university of technology provides skilled employees to tech companies such as Facebook. We are in close dialogue with the university and facilitate projects aimed at creating a platform which matches existing competence with the busi- ness community’s needs,” says Jenny.

Swedish Lapland and arctic tourism
Beyond traditional industries and technology, tourism has boomed over recent years. “The last 30 years has seen increased tourism to the region, especially winter tourism,” says Anders Sundström. Niklas Nordström, as Mayor, was involved in numerous projects that focused on developing the tourism industry. “We put Luleå and the north on the map for tourists and investors alike” Niklas says. “As a destination the whole of Swedish Lapland has a lot to offer”, says Jenny. “It is one of seven places in the world where you can experience the arctic year-round. We might be a bit less known inthe world, but we still offer an excellent leisure and meetings destination embodying the feeling of reserved space with a vast choice of accommodation with 1,000+ hotel rooms and local food sourced from nature.” 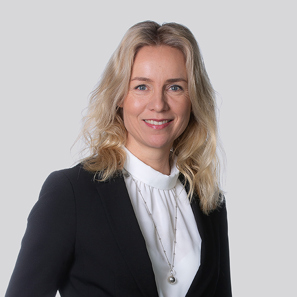 Businesses coming together to revolutionise steel manufacturing
The effects of climate change and the surgein ‘green solutions’ will be a key factor in the development of the region and the contribution to its current growth. Many multinational companies have made investments in the north due to the access to renewable energy. “I think it’s only natural that industries in need for green energy establish here seeing as this is a region with unique access to both hydro and wind energy,” Niklas explains. However, he thinks there is more to it than just green energy in itself. He believes that the north of Sweden has some of the key answers to mitigating climate change itself. “In the north you will find minerals, green energy solutions,unique experience and knowledge within the local workforce as well as an arctic perspective that are all key ingredients in managing climate change,” he says.

There are numerous examples of businesses in the region innovating by using the vast renewable energy sources at hand. “One ofthe most significant industrial companies in the region – and large employers – SSAB, a steel manufacturer, recently launched a bold initiative to revolutionise steel-making,” says Jenny. HYBRIT, as it’s called, is a collabora- tion between SCC patrons SSAB and Vat- tenfall (energy company) and LKAB (mining company), which aims to replace coking coal, traditionally needed for ore-based steel making, with hydrogen. It will be the world’s first fossil-free steel-making technology, with virtually no carbon footprint. “The goal is to have a solution for fossil-free steel by 2035. If successful, HYBRIT means that together we can reduce Sweden’s CO2 emissions by 10% and Finland’s by 7%,” Jenny says.

Facebook established a Luleå based server plant a few years back. “The reason for choosing Luleå as location for their server halls was the naturally cold environment, and access to hydro powered energy at relatively low costs,” says Jenny. She explains that Luleå was also chosen for its electricity supply as its waterfront steel mill is still operating. “This leaves the northern region, Norrland, with a power surplus. Facebook’s data centre uses as much energy as the steel plant and the power infrastructure in Luleå can support this demand.”Another example is Sunpine in Piteå, a company seeking to extract renewable products from sustainable forestry and can deliver sustainable pine dieselin a world leading bio-refinery, which has chosen the remote northern location due to its access to natural resources, such as pulp.

Anders agrees that northern Sweden has attracted many firms that strive to create fully renewable energy and points to the Swedish start up, Northvolt as an example. “Right now, Europe’s largest lithium battery factory is being built in Skellefteå. It is a massive investment, of SEK 15bn, which makes Northvolt Sweden’s largest start-up over the past 100 years,” he says. He believes the abundance of electricity is key in order for them to establish there. However, he points to the combination of resources and knowledgeable people to be the determining factor for choosing to establish in the area. “Businesses want renewable electricity, but they are not interested in it unless there is high level of technological and processing skills,” says Anders. 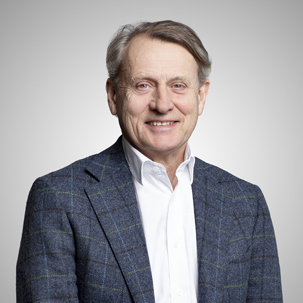 What is next?
In order for the area to continue to grow, Niklas believes that the universities play a major role. “The Luleå University of Technology is crucial. There you have world leading research in many areas, and you have a collaboration be-tween the five Nordic arctic universities whichis unique.”

Being so remote – parts of the region is north of the Arctic circle – infrastructure such as airports, ports and rail services, connected both internationally and domestically, is vital. Anders explains there is a need for large investments in order for the region to be less reliant on Arlanda Airport in Stockholm as a connector for international and domestic travel. Although more investments are needed, the developments seem to be on the right path. During his time as Mayor, the government was willing to invest more in infrastructure up north, says Niklas. “We could see a political shift from government and parliament adding more funding to infrastructure investments in the north,” he explains. Jenny too is hopeful for the continued growth of northern Sweden. ”We are delighted that Scandinavian Airlines have announced the launch of a new nonstop flight between Luleå and London starting 18 December 2020. This is a fantastic start in order for northern Sweden to both grow as a place to do business and as a tourist destination,” says Jenny.